A Conversation With Mamoru Hosoda

Interview with an Anime Film Director

As with most Supanova events, anime publisher Madman Entertainment brought along a handful of guests to meet and greet their fans. While this usually comes down to both English and Japanese voice actors/actresses – during the Gold Coast event they had a legendary anime film director in their midst during the Saturday festivities… Mamoru Hosoda. Mamoru Hosoda is an award winning Japanese animated film director/animator whom you may know from a number of his successful films such as The Girl Who Leapt Through Time, Summer Wars and his latest film Wolf Children which was part of the Reel Anime 2012 events and more recently the Gold Coast Film Festival in Australia.

Having toured the Eastern Coast of Australia as part of a series of Q&A / Film sessions for Wolf Children, one of his last stops on his very first trip to Australia was the sunny Gold Coast where he was very busy with both signings (Perhaps one of the best people to get an autograph from that day) and a very well received panel. Following all that, the Gold Coast Film Festival held the very first Gold Coast screening of Wolf Children. He was a busy man, but thanks to the team at Supanova and Madman Entertainment, I was able to get some time to sit down with him and ask him some of the questions I am sure many of you would like answered.

Given I was due to watch the film for the first time that evening, I didn’t have much to ask on his latest film – but got some great incite into his films, his thoughts on his very first (of hopefully more to come) tour in Australia as well as a message to Australian’s whom may wish to follow in his footsteps. As a lover of a good storyline, many of these questions are more about storylines and inspiration rather than technical aspects of his (still) visually stunning works… but I think there are a few interesting responses in the mix.

So you’re here touring Australia for Wolf Children… what have you thought of Australia so far?

It’s my first time in Australia but it seems to be such a nice place to live in, its convenient and a very nice environment. So i’m very grateful for you to have invited me over.

For people whom like myself have not yet seen Wolf Children, could you give us some idea of what the film is about?

Wolf Children is a movie about a story of a human lady who falls in love with a wolf man. They have children and it is a story about her bringing her children up.

So what was the inspiration behind the story as it sounds rather unique?

I wanted to make a story about adults bringing children up, and I heard from young mothers who have children about 2, 3, 4 years old and them saying that having children its like bringing up a bunch of monsters or wild animals. They can make make rooms so messy and they are screaming around playing – going crazy. The metaphor they used as them being like wild animals was very interesting so I thought why don’t I make a movie about not children being like monsters but children being animals.

I look forward to seeing it tonight!

Switching to another movie, Summer Wars has been the most recent film released over here in Australia. One of the big questions I have been asked is that with Summer Wars being partly set in the virtual world of OZ, would you be able to share some of the ideas where the look and feel of the world came from?

Another thing about the film, out of all the games you could have chosen to include why did you choose Hanafuda Koikoi?

I really thought the game was one of the most important aspects, it was the thing that I really had to think about. First I thought of a german board game or should I use card games that everyone knows? But the reason why I chose Hanafuda is because it is a game that is played with relatives and in the times when relatives come together they would often play it. Also, Yakuza would use it as a gambling game – so it has both Japanese culture and a background to it. So, that’s why I decided on using that game instead of all the major games out there.

So it ties in very well with the movie then…

And the pictures used in Hanafuda are very colourful and cute, so there are animals like birds, pigs and deers and it adds to the colourful effect that I wanted as well. It is a very interesting game in itself.

You have had quite a long history in the industry, would you be able to share your favorite title out of all your works?

That will probably have to be the films I have personally directed – The Girl Who Leapt Through Time, Summer Wars and Wolf Children. All three of these are really special to me. (Seems like he was not going to show preference for any one of his three films over the others).

I think they would be special to quite a few anime fans, they’re a bit different from the usual anime series you see released over here…

Thank you for mentioning that, it is very nice to hear. I do believe that they are different to the ones you see people cosplaying here, because a lot of them are based on TV series anime… and there are aspects of animation that you can only have through film and movie anime… and that’s kind of something that I think are shown through my work and it is different to the TV anime that is often major. So I do believe there is a difference.

Film and Television is becoming a more popular field of study in Australia with more and more students taking it up. As a big name in the industry, do you have any advice for those whom want to follow in your footsteps?

I find that every-time I make a film or a production, its really thrilling to be able to make your own and direct your own. I want people to get out there and make films, produce more and every-time you do it, you feel how enjoyable it is and you’d see all the details you can only see when you’re trying and when your making it yourself. Through that, I’m sure you’d find the joys of producing and directing a film. Please go out there and as the world gets to see your productions, I am sure you’d love anime even more.

Can you share some of your plans for the future?

Now that the Wolf Children movie has been really recognised and appreciated by a lot of people, I am now able to start on my new film. In anime, you can only start on a new project if the latest one has been a big hit. So all the Australian fans out there who have not yet seen Wolf Children please go out and see it… as the more it is seen and the more it is appreciated by fans the easier it is for me to make a new movie and release it here as well. So please look forward to the new movie.

Thank you very much! 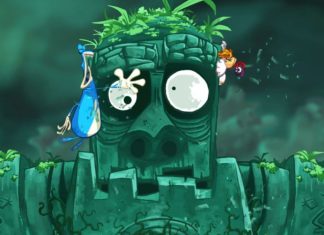 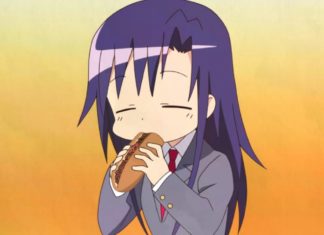 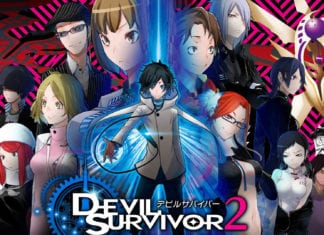 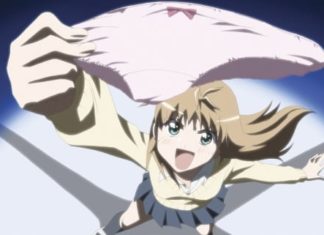