Gold Coast Film Festival 2013 Ends on a High Note, a World Premiere, an Australian Premiere and Two Sold Out Cinemas 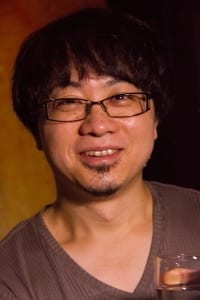 The Gold Coast Film Festival, which launched on the 18th April 2013 with a red carpet Australian premiere of The History of Future Folk last night came to an end with two very big screenings… the first of which was the world premiere of The Garden of Words by highly acclaimed Japanese director Makoto Shinkai. Appearing in person, Makoto Shinkai spent his first ever appearance in Australia greeting fans, taking part in a Q&A session, introducing his film for the first time ever to the public and of course – signings.

Fans lined for hours to receive a personally signed, free poster from Shinkai as the scheduled one-hour signing prior to the screening was extended for another hour and a half following the screening to avoid fan disappointment and to accommodate those people who had travelled great distances to meet their anime idol.  Emotions and excitement were written on the faces of the people who came face-to-face with Shinkai who only spent 24 hours in Queensland for yesterday’s world premiere before he returned to Japan.

Following the screening of The Garden of Words, Shinkai spoke with his audience in an up-close-and-personal exploration of his latest dramatic animation and fielded questions from captivated fans. We cannot say anymore in this release about The Garden of Words as Shinkai asked everyone present at last night’s screening a huge favour – can they please keep the plot and story of the film a secret until it at least releases in Japan next month!

But that was not all for the night, with long queues of autograph-hunters for Shinkai following The Garden of Words screening being directed to line the cinema walls so as to not impede the hundreds of people filing into the cinema for the first Australian screening of Evil Dead. A new vision from the producers of the original and critically acclaimed cult horror classic, Evil Dead is directed by Fede Alvarezhas, hand-picked by Sam Raimi himself, and promotes itself as the most terrifying film you will ever experience (According to one of the posters they had hanging around the cinema).

It has been very exciting having the world premiere of The Garden of Words. The film sold out in advance and we had to move it to a bigger cinema to accommodate all the people who turned up on the day to buy a ticket.  Shinkai is one of the best anime directors in the world at the current time and we were honoured he chose our country and indeed our film festival to premiere his latest film on the global stage.

His work is powerful, beautiful and visually arresting.

Check out The Otaku’s Study later this week for my review of the film as well a transcript of my interview with the man himself!