Set in the far future, where a system of satellites known as the Fractale system, runs and maintains a virtual world for the real world who interacts with doppels and virtual avatars. When Clain meets a girl, Phryne, a priestess, and Nessa, a dopple, he is soon caught up in a battle to bring down the Fractale system, perpetrated by a ragtag team of hacker terrorists called the “Lost Millennium” who believe the world should go back to the pre-Fractale way. 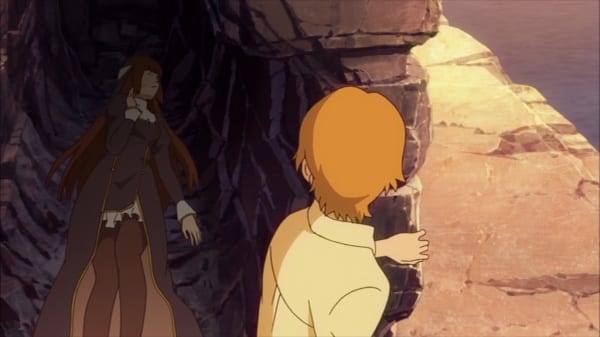 As I have alluded to many times before, if you are after a noitaminA title in Australia then generally your first point of call would be the anime publisher Siren Visual… whom aside from a few titles such as Eden of the East and Honey and Clover, have published many of their titles both as English-language exclusives (Eg. Welcome to Irabu’s Office) and hybrid dubbed releases. While their February 2013 release slate unfortunately had to drop Tiger & Bunny until March, the month still benefited from two noitaminA titles… Princess Jellyfish which was a surprisingly good watch (Review Here) and Fractale. Produced by studio A-1 Pictures and directed by Yutaka Yamamoto there was a lot of potential for Fractale…. but does it live up to expectations? Read on to find out!

The story is set well into our future, and a thousand years since humanity came to rely on the Fractale system, which gave them additional freedoms such as the ability to produce and visualize computerized imagery, the ability to interact within virtual worlds and more notably – the ability to create “doppels” (Virtual Doppelgänger’s) to appear and/or converse with others over long distances without being tied down to one place for too long. Clain is a young teenage boy whom while making use of the Fractale system, prefers to stay put in one place and muse over antique technology (Pretty much what our technology is today).

This all changes when she sees a priestess by the name of Phryne being chased by some pirates whom he rescues. Leaving him with a pendant that contains a doppel by the name of Nessa of great importance – he is pushed out of his everyday life as he strives to protect both girls and comes into contact with the “Lost Millennium”, a group whom are looking at taking down the Fractale network. 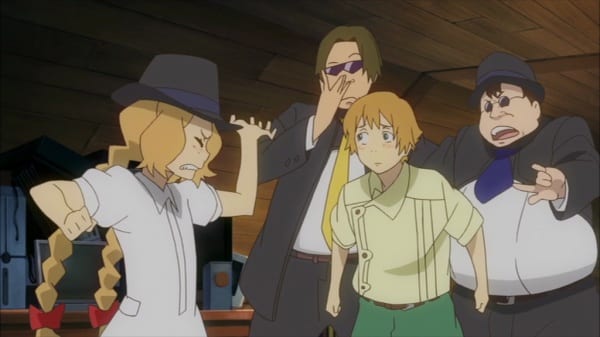 I liked the approach that the writers took in portraying a world overlayed by technology… not necessarily the one you might expect with sprawling metropolises littering the planet, but the uses of the technology and how that has impacted the family / community / world dynamics due to the implementation of such as system. While we do slowly uncover that the system might not be perfect – either freedom or reliability wise, I think the one issue I had with the storyline was that it took too long to build the core concepts of the world and seemed at times rushed in order to fit into the standard 11-episode slot for noitaminA titles. That being said, it made for an interesting story with every episode contributing to the overall plot and delivery of it.

The character development of this series primarily focuses on the three main characters – Clain, Phryne and Nessa. Perhaps this was due to the limitations of the storyline but I found myself coming out of the series feeling like they were just there for the delivery of the storyline and were hardly memorable in this regard. On the other hand, their mannerisms and personality traits (From Clain’s skepticism to Nessa’s overly perky attitude towards almost everything) contributed well to the story to deliver some degree of entertainment outside of the more serious context. 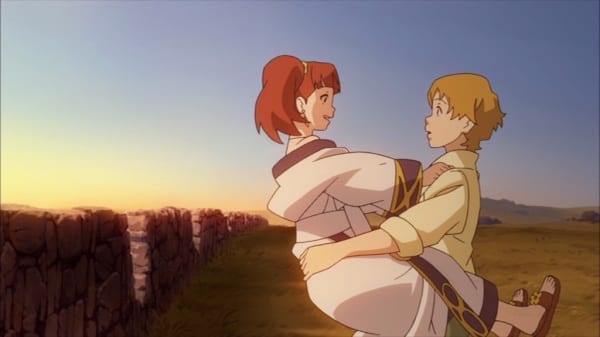 Given that A-1 Pictures were behind this title, whom have been behind a number of visually stimulating series such as anohana: The Flower We Saw that Day, I had relatively high expectations of this release. While there was nothing to overly enthuse about in this release, it does deliver a solid performance in terms of both design and the overall visual quality. While they do at one or two points in the series portray a more stereotypical futuristic landscape, for the most part the environments are more modern / rural modern which are both beautiful and complement what they are seem to be trying to deliver well. The character designs are also interesting with each character being distinctive and identifiable – and to some extent do suit the characters personality and voice cast. However the character designs could have used refinement in their design and animation at some points.

While both opening (Harinezumi by Hitomi Azuma) and ending (Down By the Salley Gardens also by Hitomi Azuma) were nothing too special (Although I did quite like their decision to have mathematical fractals being the dominant factor in the opening animation), the music backing of the episodes worked well to help set the tone and/or scene they were trying to portray. As standard, Siren Visual automatically set the Japanese voice acting by default, however if you choose to switch over to the English dub I think the performance worked pretty well overall. Brina Palencia (Ciel Phantomhive | Black Butler) did a solid performance of voicing the lead male character, while  both Caitlin Glass (Kanon | Kaori Misaka) and Luci Christian (Asuna Kagurazaka | Negima) also did decent performances of Phryne and Nessa respectively. My personal favorite voice contribution in this release however was Monica Rial as Enri, the sister of the Lost Millennium Granitz faction leader. 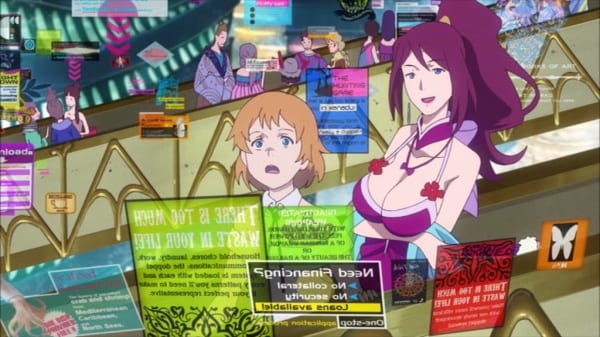 While I am glad that Siren Visual were able to keep Commentaries for both Episode 1 and 7 as well as the USA Trailer, I was disappointed to see that their release lacked a number of the additional extra goodies that the North American release had – including the “Fractale’s Art Sanctuary”, Original Trailers and Commercials, Textless Songs and the Shobi Wind Orchestra.

Overall however, while I don’t consider Fractale to be the one of the surprise hits of Australian anime releases this year (As Princess Jellyfish was), it was still an interesting anime title that offered something different from the crowd and I think it is worth checking out if it sounds up your alley. If it had the time to fully expand upon its storyline and characters, I think it could have had a chance as my Australian Anime Release of the Year 2013.

Final Score
Storyline / Character Development: B
Design: B
Music/Voice Acting: B
Extras: B
Personal Preference: B
Overall Score: B