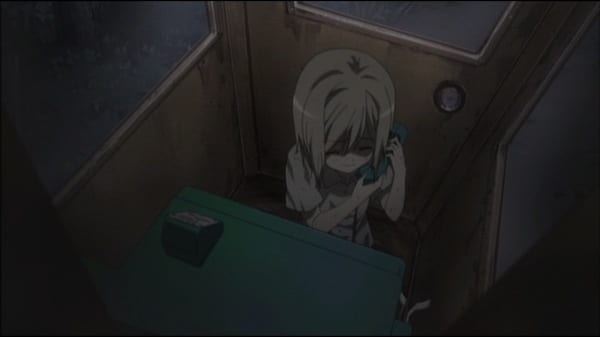 Do note, there are spoilers ahead for those who HAVE NOT watched the first Part of Higurashi no Naku Koro ni Kai

A little over a year ago, Australian anime distributor Siren Visual began their releases of Higurashi no Naku Koro ni to the Australian market. The first season received an English dub a couple of years ago by Geneon Entertainment in North America, who exited the market before releasing the second season and had since never received an English release outside of Japan a – leaving fans of the series without full closure of its murder mystery plotline. However just before Christmas 2011 Siren Visual came to the rescue with an announcement that they intended to release the second series.

Part 1 of the series was released in May 2012 and I had the pleasure of reviewing it, for which it got a well-deserved score of A. But after three volumes and 39 episodes in total we are at the final stretch with the last volume release of the main series. With the culprit now revealed the series no longer has the “supernatural” murder mysteries to support its plot as Rika and her friends set out to stop Takano and her plans. With lots of backstory and one final struggle does the series get the ending it deserves? Read on to find out in my review of Higurashi no Naku Koro ni Kai Part 2. 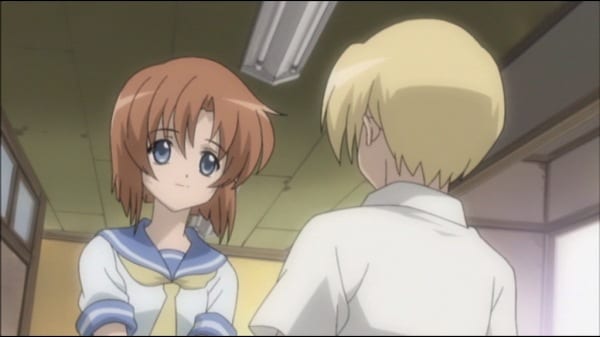 Whereas all previous volume releases have consisted of two or more arcs, each featuring a time jump and subsequent death of some or all of the main characters – this final volume contains an eleven episode arc “Festival-Orchestrating Chapter” which is split up into three separate sections. The first of these focuses on Takano individually as her life takes a turn for the worst and she is left alone and abused in an orphanage. Through a miracle in itself she manages to escape and be adopted by her fathers friend who is a researcher of the Hinamizawa Syndrome and the whole basis for the events that follow on.

While we have been given a glance into the past a few times in the first season – namely in regards to Rika meeting Akasaka in the “Time Wasting Chapter” and with Shion in the “Eye Opening Chapter”, many of the events of the past have only consisted on brief mentions in the dialogue. The second set of episodes are dedicated to showing us the events of the years leading up to June 1983 and also showing us a bit more into how Takano and the other forces behind her were involved in these incidences as well as her own struggles during these years which led to the events of the almost unavoidable Hinamizawa Disaster. The third set of episodes which make up a slight majority involves the actual conclusion, where everyone goes up against their fate one last time to survive what had proven near impossible. 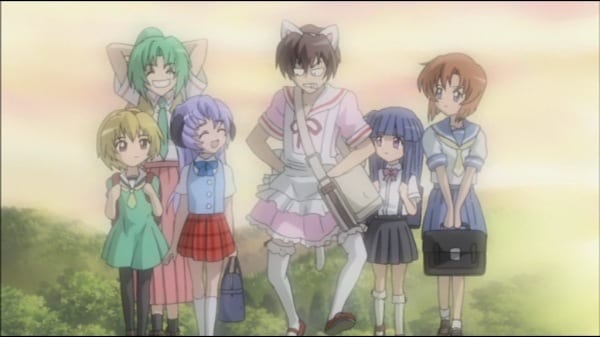 After the events that took place in Episode 13, I was initially all ready to dive straight into the final arc and initially felt underwhelmed by the fact that there were five episodes dedicated to backstory instead of facing the culprit head-on. But actually sitting down and watching it all the way through helps generate appreciation for the storyline and its characters – especially for the culprit who in mysteries such as this you don’t always get the luxury of seeing their side of the story all to often. The final episodes were by no means lackluster and sought to tie all the arcs characters together in the fight and when all said and done proved to have an appropriate ending given everything else that has happened in the show.

The translation quality in this release was also noticeably good and matched both the mannerisms and tone of the individual characters well. One episode this was noticable was at the beginning of Episode 16 where the towns residents are arguing with those who represent the councilmen who represent the dam project. While the few works the councilmen get in are more formally written – the subtitles for those who are angrily fighting this are much more casual but sufficiently harsher in tone. While only having a minimal effect on the overall experience, these little additions to the translations helped set the mood a bit more considering the absence of English dubs.

Overall, I was once again very pleased with the quality of this release and think that its plot is one that any fan of the mystery genre should consider checking out. 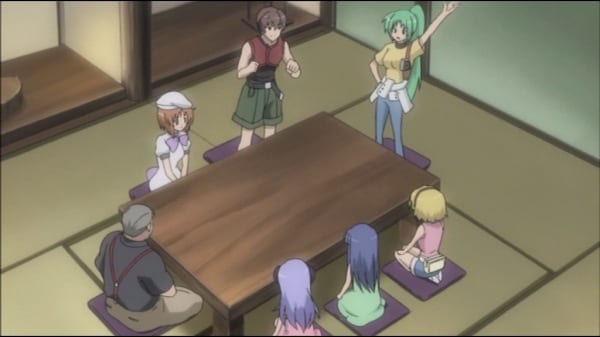 My thoughts on each of these three criteria have not changed all that much from my review of Part 1 which goes into much more detail HERE. Given my previous grades for all three of this criteria were within the A- to A range, I was more than satisfied with their quality.

Unfortunately when it came to Extra content this was the one area I was a little bit disappointed in. To be fair, they did include once again a very nice slipcase to store the DVD in which is always a good bonus, however as to the on-disc content there was only a Clean Opening sequence. This is in comparison to their English release of Dennou Coil which with its second volume release came  an entire bonus disc full of interviews and other goodies. While this may have all come down to availability I must say I was expecting a bit more than just an opening sequence. 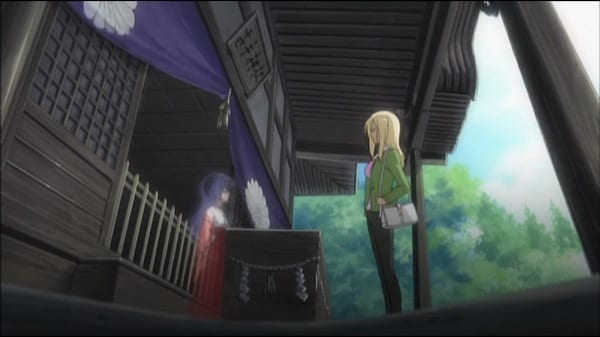 I am a bit sad to bid farewell to the Higurashi series as it proved to be both an enjoyable and interesting series to watch. The question is however… what will they choose to follow up with if anything in terms of this series? There have been a few requests for the two OVA series Rei and Kira to be released over here which I would personally not object to however I would be more interested in seeing them license and release the anime series for When They Cry 3 (Umineko no Naku Koro ni) which was aired in Japan during 2009 and while a second season has yet to be produced – offers a different approach to the mystery genre although carrying over some elements from Higurashi.