Aniplex of America Panel at Otakon 2012

Just like many companies and high-profile guests, Aniplex of America have held a conference at the currently ongoing Otakon anime convention. Several announcements were made during their panel which I have included below individually for your convenience. 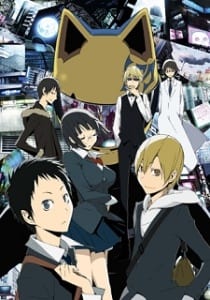 Aniplex of America released the DuRaRaRa!! anime series over three volumes last year, and overall were a rather enjoyable watch, recieving consistently high scores in my reviews and for its respective Australian release by Siren Visual, earned third place in my Australian Anime of the Year 2011 (Not to mention a Durarara!! wall scroll hanging in my room). But as the series has already been released on DVD what else could they possibly be releasing?

Aniplex of America will be releasing the series on Blu-ray, in a set entitled “Limited-Edition Blu-Ray Lunch Box Set”. To be released on the 30th October 2012, the series will be spread over five blu-ray discs and will include a double-sided poster and additional extras. However as the name suggests, this will be a limited edition release. This follows the Japanese Blu-ray box set release in May which featured both Japanese and English dubs.

Ikebukuro, Tokyo. Mikado Ryugamine is a young man who yearns for the city like no other. At the invitation of his childhood friend, Masaomi Kida, he leaves his hometown and enters Raira Academy in Ikebukuro. Masaomi warns Mikado about the mysterious organization of unknown origin known as the “Dollars” and some dangerous people in Ikebukuro to watch out for. In particular: the brawling champion Shizuo Heiwajima and hobbyist information broker Izaya Orihara.

On his first day out in the city, Mikado, remembering another of Masaomi’s stories, sees a jet-black motorcycle being driven by the fabled “Headless Rider.” From then on, a series of random attacks and events begins to occur on the streets of Ikebukuro, and a group known as the Yellow Scarves arises as Ikebukuro begins to crumble! 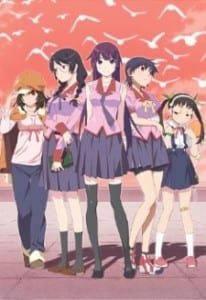 While we have previously had word that Aniplex of America would be releasing Bakemonogatari on Blu-ray this Fall in North America (With Hybrid Dub), this time around they have announced that they will be streaming the anime series. Unfortunately this is all the information we know on this at the time, but I am sure more information will emerge in the future.

The story centers on Koyomi Araragi, a third year high school student who has recently survived a vampire attack, and finds himself mixed up with all kinds of apparitions: gods, ghosts, myths, and spirits.

Aniplex of America will be releasing LiSA’s opening single for Sword Art Online “Crossing Field” in North America. This will come in three versions – Regular, Limited and Anime. This follows on from the companies previous soundtrack releases.