Funimation Entertainment, a North American distributor of anime titles to the North American market have recently unveiled their release slate for June 2012, once again consisting of newly released titles, next volumes in on-going series and as usual a handful of titles being converted into their S.A.V.E line of anime titles. Personally I think they have a nice set of titles, however it is noticable that their selection isn’t as diverse in previous months. Either way – there are a few titles of interest to me here: Tales of Vesperia and Hero Tales for example. Without further ado, here are their releases for the month: 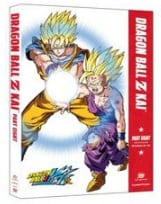 For the first time in history, experience the legendary Z as the master intended: bigger, faster, stronger and packed with pulverizing power to blow your puny minds! Beef up your collection with this manga-centric, fresh take on Akira Toriyama’s original vision, featuring more action than you can handle, revitalized animation and an amped up audio experience that will make your ears beg for mercy!

The last descendants of an evil race of warriors known as the Saiyans are on a collision course with Earth, and Goku – the strongest fighter on the planet is all that stands between humanity and extinction. To save his friends and the world he loves, Goku must travel to a realm from which few return, but should he survive, he’ll discover the power to face the villainous Saiyan warlord – Prince Vegeta. 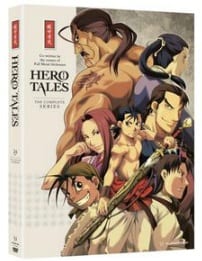 For citizens of the Xian Empire, justice is a myth. Lord Keiro, the deranged General of the Imperial Army blazes a trail or terror across the countryside in search of the sacred sword that will make him a god. Standing in his way is Taito, an omnipotent star reborn in human form – a young hero who vows to use his celestial strength to avenge those slaughtered by the villainous General. Taito’s mystical powers steer him towards a violent showdown with Keito, and if used recklessly, his newfound abilities could shred the very fabric of his being. To master the art of control and become a heroic martial artist, Taito must seek the guidance of others like him: the seven star-born warriors with the strength to shatter a corrupt empire. 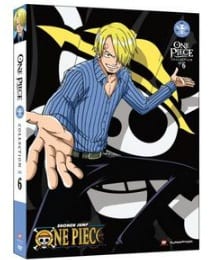 Fresh off their adventure in Albasta, The Straw Hats prepare to sail straight into the sky in this uncut, unedited twenty-six episode collection! After a death-defying adventure in the dire and dangerous Rainbow Mist, Luffy and his crew dock at Mock Town in search of directions, but instead they’re brutally bullied by pirates who’ve forgotten how to dream. Fortunately for the sake of adventure, Nico catches wind of a legendary liar whose monkey minions can equip any ship for a deadly ascent on the Knockup Stream. Hold on to your hats because the Straw Hats are about to find out if the Going Merry flies as well as she floats! 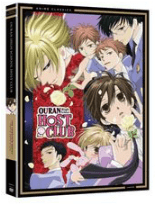 Ouran Academy. An institution of extravagance and prestige where learning comes second to luxury. Only those of the highest pedigrees and the wealthiest families are lucky enough to attend, and the truly elite are the members of the Ouran Hose Club. A group of the handsomest boys on campus with far too much time on their hands, the Host Club dedicates every afternoon to entertaining the lovely young ladies. Just think of it as the academy’s elegant playground for the super rick and beautiful.

But for studious Haruhi Fujioka, education is a privilege that must be earned, being on scholarship and out of place among the moneyed. That is until the day Haruhi stumbles upon the Host Club, a stumble which leaves the freshman indebted for millions of yen. And the only way to pay for the damages? Well, Haruhi will work as a Host. There is only one problem: Haru-he is actually a Haru-she! 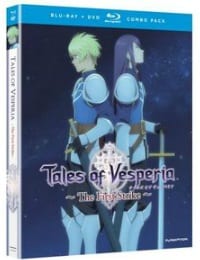 In a mythical kingdom, the mighty Imperial Knights harness a magical substance known as Aer to power their weapons and protect humanity from the monsters of the forest. But something strange is afoot: the Aer is somehow changing, causing the wilderness to waste away and stirring the woodland beasts to attack with greater frequency. as danger creeps closer to civilization, two young recruits – Flynn, the rigid son of a fallen hero and the rebellious and brash Yuri – must ride with their fellow Imperial Knights to distant ruins in hopes of uncovering the truth behind the transforming Aer. Some will not survive the thrilling journey. Some will be betrayed. If Flynn and Yuri cannot overcome their differences and learn to fight together, all will be lost for the people of the realm.

There will also be joined alongside the two following S.A.V.E releases, which will be available on the 12th and 19th of June respectively for the price of $29.98:

Mongolian Chop Squad – Box Set
Koyuki Tanaka was feeling the rut, though he’s only a teenager. The sheltered and stifling grind of school, the girls that spend their time not noticing him, the lifeless distractions of the arcades… Every day was just another day of being a total nobody. There wasn’t much action until a fateful meeting with Ryusuke, a local rock ‘n’ roller haunted by a shady reputation. Now everything feels electric, charged by the unfamiliar sounds of the underground.

Dragonaut – The Resonance – Complete Series
With a deadly asteroid hurtling towards Earth, sexy human Dragonauts in tight uniforms and their curvaceous dragon companions come together to create a formidable fighting force with all the right moves. Caught in the middle of this race against time are Jin, a heartbroken young flyboy, and Toa, a voluptuous lady-dragon with an amazing set of intergalactic battle skills.

Jin’s down about the fate of his doomed planet, but Toa is quick to grab him by the seat of his pants and lift his sagging spirits. If these star-crossed space cadets can unlock the secrets of their mysterious connection and convince the Dragonauts to join the action, there may yet be hope for planet Earth!