The Otaku’s Study – Australian Anime Release of the Year 2011 Nominees.

For those who want my “Anime of the Year” for Japanese releases and simulcasts, yesterday I did my article for the AniBloggers Choice Anime Awards 2011 which can be read HERE. While I would like to encompass every anime release in English – it is currently impractical as while North America recieves many releases, over here we don’t receive all of them (That and I dont review them all)… so limiting them to just Australian releases is best for this year at least. Once again, these are just nominated titles and the winner will be determined through the following criteria: 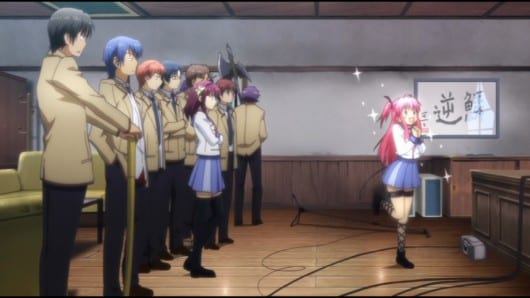 Angel Beats
Siren Visual |  A-
Blurb: Angel Beats brings in several of the staff and studios from previous KEY series (Eg. Clannad, Kanon etc) and is an anime exclusive series, rather then adaptations of visual novels. The storyline follows a group of teenagers/young-adults who are now dead, and awoken in a school of the afterlife filled with NPC students/teachers and a mysterious girl called Angel who punishes students who do not follow a happy student life. Of course, this wouldn’t be an anime series without the dead students rebelling, having means to fight back against Angel with the overall intention of rebelling against god. The storyline has its merits and is overall a pleasurable watch, however as it was with the series Air – it could have used an extra 12 episodes to extend the story. Design was of a consistently high standard and the music was also strong. Black Butler
Madman Entertainment | A/A-
Blurb: “A bundle of genres have been added in this series, and whilst most series would not be able to pull it off, this series does quite well, even with the serious overall plot. Followed with some dashing character personalities and some of the most charming voice acting I have heard in a long time, this series has me hooked.” 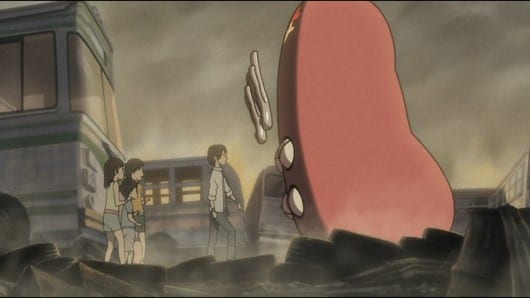 Dennou Coil
Siren Visual | A
Blurb: Dennou Coil is currently only available in Australia outside of Japan. This series follows a group of children in the year 2026 where cell phones and ipods are obsolete, and in their place is a virtual world accessible wherever and whenever and can do everything from accessing maps, phoning a friend to owning virtual pets. With this however, becomes the ability for these youth to have varied abilities in hacking, allowing them to alter space for their own benefit or profit, and main character Yuko Okonogi who has just moved into the town of Daikoku gets dragged into the Coil Cyber Detective Agency where the members hunt for viruses known as illegals and the many mysteries and rumors that lie in the town. While the storyline does not resolve much over the first half of the series, it managed to capture my attention and made me want more after watching it. Design is a bit different from what you may be used to, but works very well and the music isn’t half bad either. DuRaRaRa!!
Siren Visual | S/ S/A
Blurb: “The epic conclusion to the Durarara!! series, bringing all the characters together for a final showdown, where characters are unwillingly pitted against others and friendships are tested. Fans of the series will be glad to know that the quality has not improved, and the ending will leave you both satisfied, but craving for another series”. Eden of the East
Madman Entertainment | S
Blurb: Taking place in a modern day Japan, this follows the tale of Saki, who whilst on a trip to the US runs into a man named Akira, who is standing infront of the gates of the White House naked whilst holding a gun and mobile phone. This encounter leaves the two of them searching for information on Akira’s past and a game he is playing with 11 others…. one that could save or break Japan. Every aspect of the storyline, design and music is flawless, with the only issue being that you have to purchase the movies to get the full story. 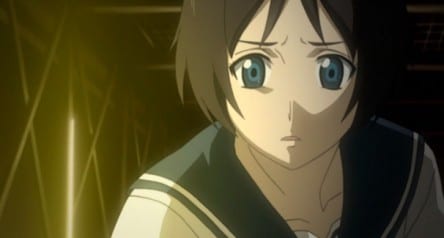 Ga-Rei-Zero
Madman Entertainment | A-
Blurb: A prequel to a manga series that has not at this moment been released in English. Following two girls – Kagura and Yomi, they are shown to be part of families that can summon beast spirits and can wield swords with a high degree of ease. Whilst showing off some of the better stories about “Sisterly Love”, this remains an action series so fights are frequent, blood is spilled and what one day may be a friend – might just be a foe. This review was based off the Blu-ray version and the design quality was brilliant. With a nice music track and a strong opening cinematic – this is a top notch anime in my books. 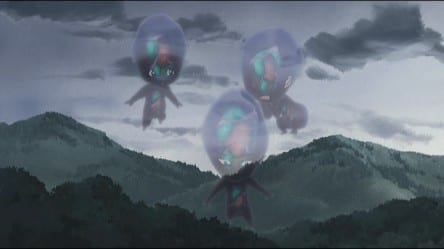 Ghost Hound (The Complete Series)
Siren Visual | A
Blurb: Taking a step in a different direction, Ghost Hound is far different from your normal anime series, where the storyline is serious, the three main characters are not necessarily friends yet share a common goal at unraveling the mysteries of Suiten. The storyline is very interesting, making way for the presentation of theories in psychology and physics to be presented and the supernatural elements are also a creative addition to the mix. There is a vast variety of characters each who receive varied levels of development. The design quality is an acquired taste but by the end you will enjoy it as much as the music track. Summer Wars
Madman Entertainment | S
Blurb: “Boasting a number of awards on the front cover, it is evident that Summer Wars is more then deserving of them. With a high standard for design and music alongside a storyline that is an interesting watch from start to finish, you will not be disappointed with this title” 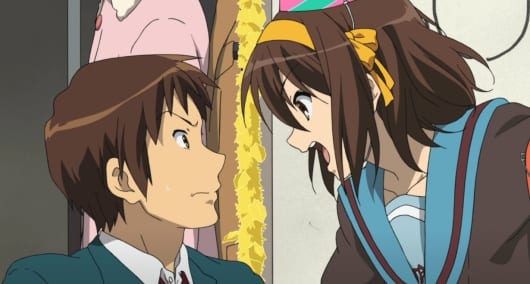 The Disappearance of Haruhi Suzumiya
Madman Entertainment | A
Conclusion: I was very satisfied with what was presented in this series, however saddened that while the Light Novel/Manga are still ongoing, no announcement has been made about the anime continuing any further despite the wealth of source material at their fingertips. I strongly advise checking the two seasons of the anime series – then checking out this release!

Facebook
Twitter
ReddIt
WhatsApp
Pinterest
Telegram
Previous articleThe Otaku’s Study – Game of the Year 2011 Nominees!
Next articleNo Means of Getting a Physical of Persona 2: Innocent Sin or Legend of Heroes: Trails in the Sky in PAL Regions?