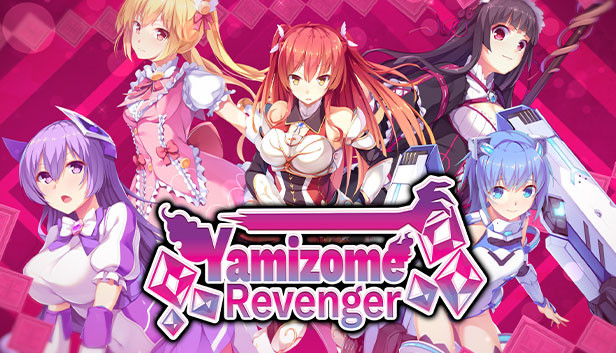 Offering Escu:de’s 2018 visual novel Yamizome Revenger -Ochita Maou to Ochiru Senki- (闇染Revenger －墜ちた魔王と堕ちる戦姫－) in English for the first time, western visual novel licensor and publisher JAST has confirmed that the title will be available exclusively via their online store starting 5 November 2021. As you would expect from many titles only available from the JAST Store, this is an 18+ title suitable for adults only. Once launch day comes around, you can purchase the title by clicking HERE.

Yamizome Revenger follows a young man who becomes linked with a demon from another world. During the day, he spends his time just like anyone else; attending class and hanging out with his colorful cast of cute friends. However, come nightfall, those friends of his transform into magical heroines bent on the destruction of the demon that has taken root within our protagonist! And so he embraces his newfound power and wields it to battle, and corrupt, his pursuers.

While primarily a visual novel experience, Yamizome Revenger features some RPG mechanics, which makes it a Game x Visual Novel hybrid. You can see a preview of both gameplay systems below: