Over the weekend at AKON!, international visual novel localiser/publisher MangaGamer made three new announcements. These announcements include an impending hardcopy release of No, Thank You!!!, the acquisition of Kuroinu from Liquid and new plans for Go Go Nippon 2015 from Overdrive.

More detailed information on all three announcements can be found below: 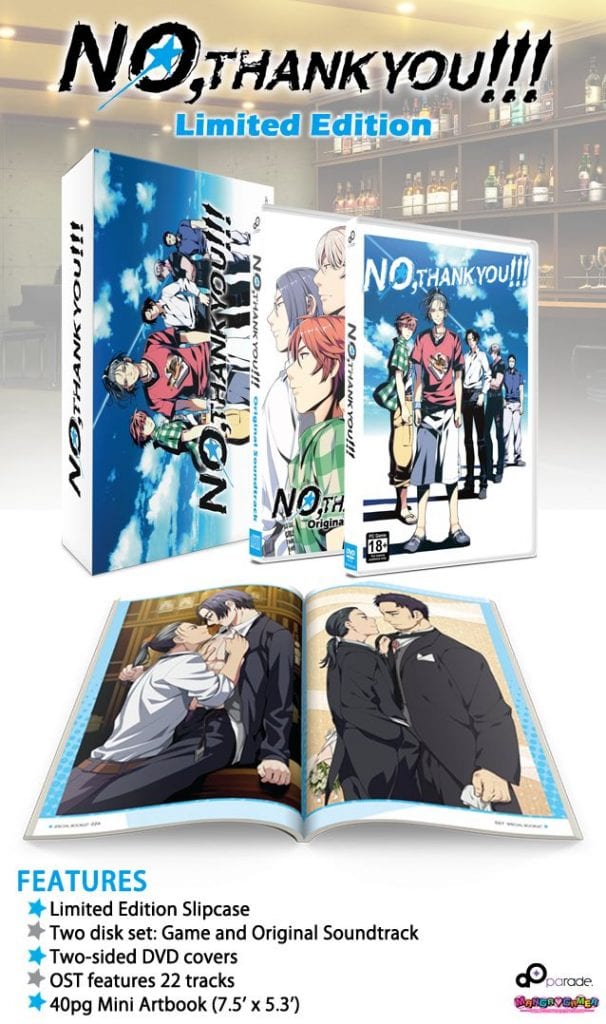 Following their digital release of No, Thank You!!! earlier this year, MangaGamer have confirmed they will be releasing a Limited Edition physical edition of the visual novel, containing a handful of additional goodies. In addition to the full VN, this set will also come with a 22-track soundtrack, a 40 page mini artbook, two-sided DVD covers and a limited edition slipcase.

This edition is currently priced at $49.95, and will start shipping out on July 6th 2015. Orders can now be made via their official website. 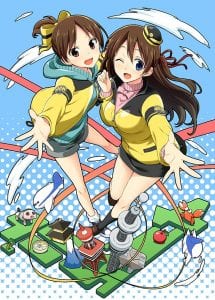 Go Go Nippon 2015 is an expansion to MangaGamer and Overdrive’s all-ages visual novel Go Go Nippon – currently available for purchase through Steam for $9.95. This expansion will nearly double the content available in the game, allowing you to visit several brand-new locations like the Tokyo Skytree, Solamachi, Odaiba, a planetarium and Comiket.

Also included in this expansion are several new events featuring Makoto and Akira. Some events featured include watching Makoto cosplay as a maid at Comiket, attend a Japanese festival with both girls and enjoy a late night moment with each.

This expansion will also increase Go Go Nippon’s visuals as well, allowing the game to now render in 1280 x 720. All original CG artwork will be updated to suit these new dimensions, while both Makoto and Akira’s portraits will be rendered with the E-Mote system.

For those after a completely new acquisition, MangaGamer have also confirmed they now hold the rights to Kuroinu from Liquid. This has been described by publisher as “one of the most requested adult titles from [their] fans”.

Kuroinu is the tale of a dark fantasy in which the Alliance, led by the High Elf, Celestine (a reborn goddess), and the Legion, led by Dark Elf Queen, Olga, have been warring for centuries. The player follows Volt, the leader of the mercenary group known as the “Black Dogs” (Kuroinu), when he and his soldiers are called in by the Alliance to put a final end to the eras of wars… and exceeds expectations. After crushing the dark elves in battle, Volt seizes their territory to form a nation of his own–Cuntry, a kingdom in which all women are subjugated and compelled to serve the sexual desires of their male masters. With no limit to his ambition, Volt soon turns traitor and marches on the very Alliance that hired him-seeking to end the wars by bringing everyone under his heel.

This dark fantasy tale includes writing by Asou Ei and Izumi Banya, the same team of scenario writers who brought visual novel fans Euphoria. As this is a huge title, MangaGamer will be delivering Kuroinu in three chapters rather than one complete release – which they claim will help them bring it to fans faster. The first chapter will detail Volt’s conquest of the dark elves. No release date for any of the three chapters have been confirmed yet.