planetarian ~the reverie of a little planet~ Now Available via Steam 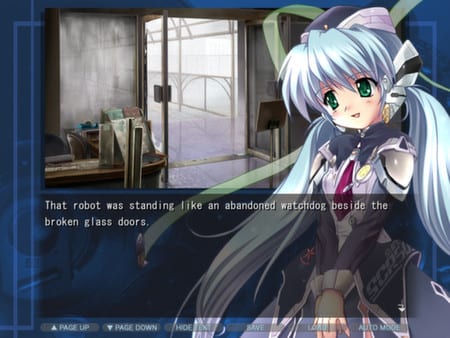 Why don’t you come to the planetarium?
The beautiful twinkling of eternity that will never fade, no matter what.
All the stars in the sky are waiting for you.

While it may not be as exciting to some as Sekai Project’s upcoming English release of CLANNAD, the publisher has released the VisualArt’s / KEY visual novel planetarian ~the reverie of a little planet~. The VN can now be purchased HERE at a price of $9.99 USD. Early adopters (Until September 19th) will be able to shave 25% off that price as part of a special promotion.

As part of the KineticNovel sub-brand of VisualArt’s, planetarian plays out like a traditional novel where the story can be progressed without any interaction from the player. There is only one route and no dialogue options, so players are encouraged to simply load up the game, sit back and enjoy the story. 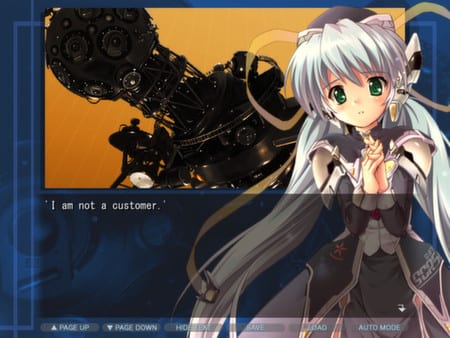 Set in a post-apocalyptic world, what remains of humanity survive where biochemical warheads have destroyed civilization and endless “Rain” continues to fall upon the shattered earth. Autonomous battle drones continue a fight that has long lost it’s meaning. As a junker, a scavenger who seeks out undamaged items of value, you end up in a domed building that appears to be a military installation.

That building turns out to be a planetarium and in there you meet a young woman named Yumemi. A member of the help staff at the planetarium, she’s been waiting for customers to visit for over thirty years. It is this chance encounter with Yumemi that even the coldest of hearts may be thawed.