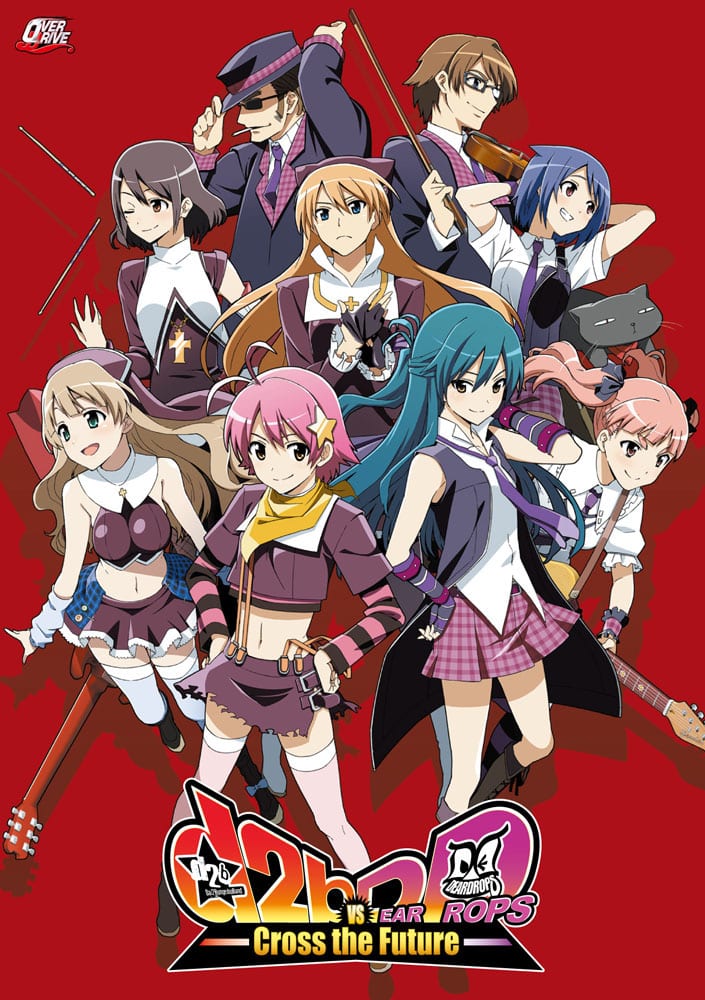 Following a number of 18+ “eroge” visual novel releases over the past few months, MangaGamer have finally shifted their attention to their upcoming all-ages VN release of Overdrive’s d2b vs DEARDROPS -Cross the Future-. It has been confirmed that the title will be available as a digital download via the MangaGamer online store from September 26th, 2014 at a price of $19.95. Pre-orders are now being taken.

When Riho sees Shoichi performing on stage with Kirari, her jealousy burns bright, and she welcomes him back to Japan with a flying kick to the face! So when Kirari asks if DEARDROPS will perform at her upcoming anniversary concert, the gloves come off. The Second Literature Club Band and DEARDROPS… what will happen when these two bands clash? How will they change each others’ lives as they both prepare for this battle of the bands? 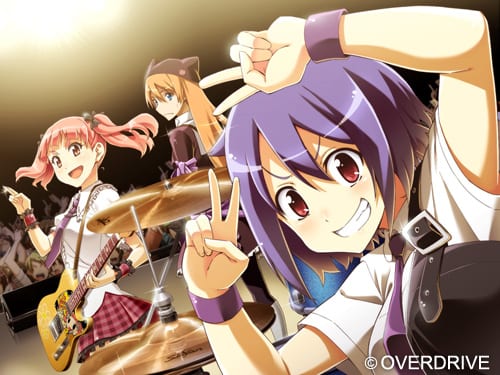 That scene was airing on the office TV I just happened to turn on.
The songstress Kirari, who was active abroad in America, was performing together with the Violin Prince, Suganuma Shoichi, who was also active abroad after recovering from his earlier setback…
That was how the program introduced them.

I should’ve been happy to see Shoichi, but my heart was restless.
Shoichi was having fun performing beside Kirari.
But his smile seemed happier than usual.

—Can I beat Kirari?—

……At the time, I never dreamed I actually would be competing directly against Kirari.

None of the members aside from Kirari have really done anything with music since they graduated from the academy. (They’ve only touched their instruments at best.) Now they’re all living as regular members of society.

In the three years since Shoichi left for Germany on his own, the band has continued to practice to perform gigs as they wait for his return.