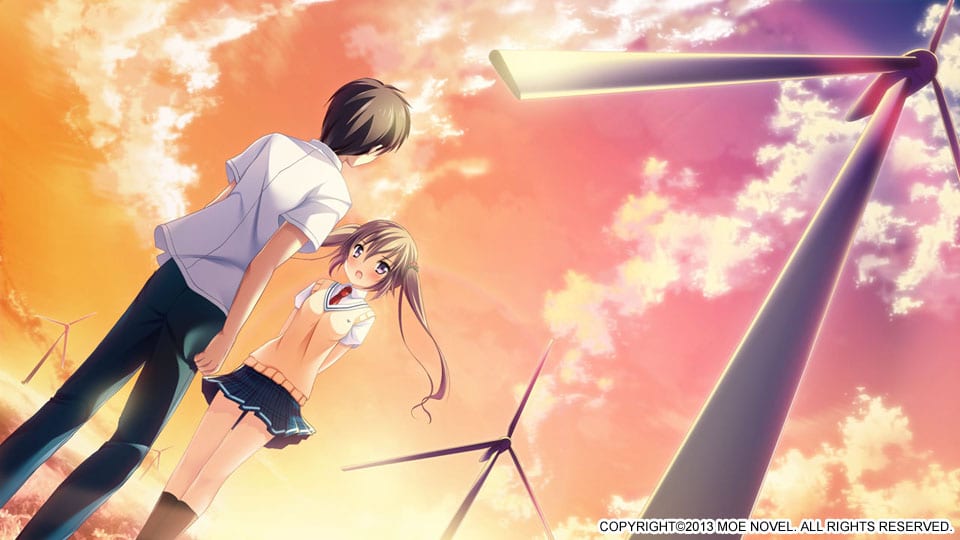 While this sale only equates to a saving of a couple of dollars, MangaGamer have announced that they are shaving 10% off the price of If My Heart Had Wings during the month of February 2014.

This has resulted in some controversy within the visual novel community given they have not provided the original release despite there being a notable market for adult visual novels. With this decision however, some could consider If My Heart Had Wings as being a strong introduction to the visual novel genre.

Aoi Minase, a boy whose dreams were shattered has returned to his hometown of Kazegaura where there, on top of a hill lined with windmills, he encounters a wheelchair-bound girl, Kotori Hanabe, and a large, white glider soaring through the sky.

Before long, they will begin to revive Keifuu Academy’s Soaring Club, which is on the verge of having its club status repealed, in order to ride the “Morning Glory”, a phantom cloud brought by the wind which blows across Kazegaura.

This is a tale of youth, a tale of those students who loved the sky.