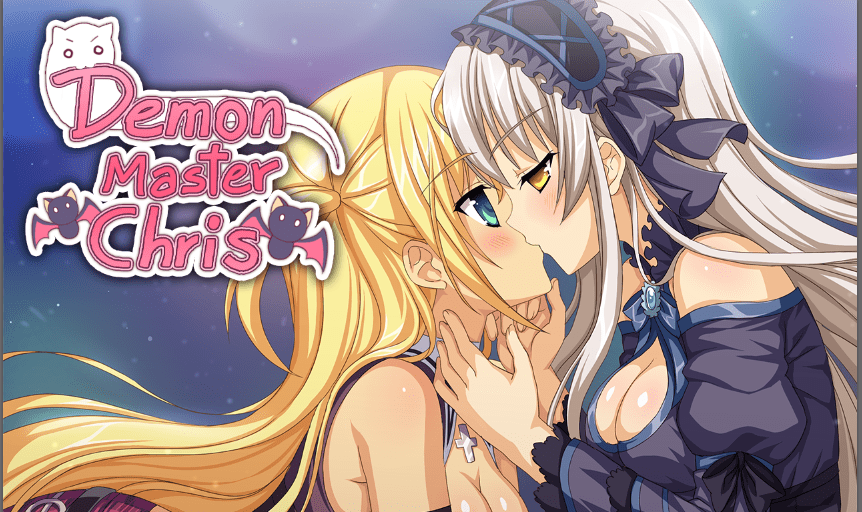 The team at MangaGamer have confirmed their acquisition of Demon Master Chris, a brand new eroge video game title from Nyaatrap. Unlike many visual novel developers who reside exclusively in Japan, nyaatrap as based both in Europe and Japan.

The game is a dungeon crawler where you play as Chris, a mage who tried to summon the Overlord Leviathan, but failed and found herself summoned to the Demon Realm instead. After escaping Leviathan’s clutches, Chris is now trying to find her way back home, but the only way to do that is gather a force of monster girls and demon girls to her side and force Leviathan to submit to her control. Follow her as she fights demons, strips them down, and turns them into her companions while trying to avoid lesbian rape and escape the dungeons.

But the conjurer Chris doesn’t fight with her own power alone. She wears different outfits imbued with mana, changing the powers available to her, and she’s able to form contracts with the demons she encounters, allowing them to fight alongside her as minions. The game system focuses on simplicity and speed, doing away with MP. Instead, your current balance—AP(Agile Point)—changes which actions you can take, allowing you enjoy battles with fast-paced strategy and variation.

But don’t worry if you lose a battle or two, as H-scenes are forced events that occur regardless of battle results. Therefore irrespective of the outcome there will be occasions where Chris willl get teased by fingers, vibes, tentacles, and other sorts of things.