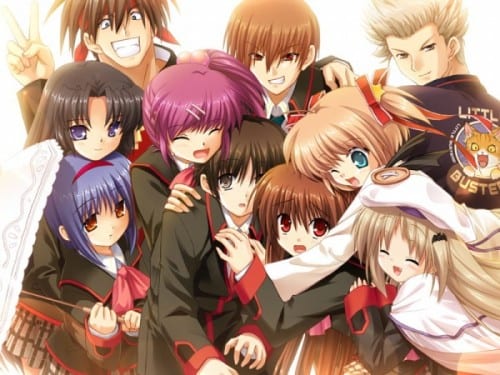 Over the years KEY have brought us many interesting multi-routed storylines through their visual novel releases including Air, Clannad, Kanon and Little Busters! to name a couple. While none of these have recieved an official English release, instead relying on users to purchase a Japanese copy from overseas than adding a fan-translation if one exists… you may have also been able to enjoy the storyline through English localized anime releases for several series such as Air and Clannad (Both in full anime series and movie forms), Kanon (As a series) and even Angel Beats which used some of KEY’s staff in the development (For my reviews on the English releases of these titles, please consult the bottom of this article – as most of them are highly regarded by me).

On the 21st July 2013, KEY will be celebrating its 15th anniversary which will evidently be celebrated in some shape or form within Japan. But of course as none of their visual novel titles have been released internationally the chances of us seeing some big event outside of Japan is close to none. HOWEVER, a group of fans of KEY works have decided to open the “Key 15th Anniversary Letter Project” which seeks to collect as many fan messages and illustrations addressed to the company over the next year. When its anniversary comes along, the team behind the project intend on compiling these messages together in a letter, translating the letter and select messages into Japanese and then sending them and the illustrations to KEY.

While this project is still in the development phase – keep an eye on its official website HERE to see when you can submit your messages – to help KEY know that over these 15 years they have developed a fan base through several different forms of media.

The Otaku’s Study have covered several KEY anime adaptations released by Kyoto Animation and other studios including: