The latest project between publisher Koei Tecmo Games and developer Team Ninja is Wo Long: Fallen Dynasty, a three kingdoms game not associated with the former’s flagship Dynasty Warriors mega-franchise. The companies have today shared their first gameplay trailer for the “supernatural epic” (available above), giving players a look at a darker Three Kingdoms China which is plagued by demons. On the way, they hope you will catch glimpses at the sword-based action gameplay focused around Chinese material arts, where they strive to present “actions [which] flow gracefully between offensive and defensive manoeuvres”.

While not too beneficial for those of us outside of Japan, Koei Tecmo and Team Ninja has also confirmed that the worldwide gameplay debut of Wo Long: Fallen Dynasty will take place during next month’s Tokyo Game Show – with attendees invited to Koei Tecmo’s booth to get some hands on action with the game.  In addition, the game’s producers, Fumihiko Yasuda and Masaaki Yamagiwa, will appear on the Koei Tecmo official TGS program and are planning to debut “a never-before-seen stage” during the broadcast.

Demons in the Kingdom

A dark fantasy set during the chaotic Three Kingdoms period, the narrative vividly tells the tale of a militia soldier’s strenuous fight for survival during a Later Han Dynasty infested with demons. It’s madness in the Three Kingdoms like never before!

Awaken the Power Within

Defeat deadly enemies to boost morale and awaken the power from within! Overcome adversity through unique new strategies, including battle styles based on the “Five Phases”.

Live by the Sword

Renowned for ruthless strikes that can change the tide of battle in an instant, sword practitioners of the Chinese martial arts gracefully change pace as they shift between offensive and defensive manoeuvres. Overwhelm opponents with a flurry of force in a series of intense and bloody battles while learning the precision and skill necessary to become a true master of the sword. 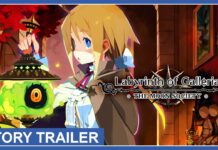 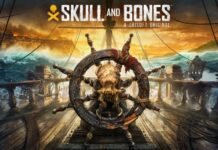 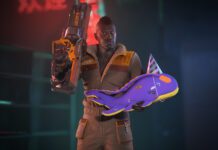