E3 or no E3, Microsoft were going to hold their annual video game showcase, bringing not only their classics but some recently acquired friends along for the ride. While there is a Part 2 to this due to come as part of an extended showcase on 15 June 2022 at 3.00am AEST, the limit to the excitement of this showcase is whether you most favoured franchise got some attention.

The Xbox & Bethesda Games Showcase for 2022 primarily focused on games and downloadable content to be offered by the development studios in the next twelve months, with this nifty infographic showing all that is in the works. And wait, is that some long-time Playstation console exclusive Persona games in the list?

For those who don’t have the time to watch the recorded stream of the showcase or just want to enjoy some high-res assets, click through for a debrief of the major announcements and some of my top picks.:

Travelling from platform to platform with each of his major works, a new partnership between Xbox Game Studios and Kojima Productions was announced, creating a game which is ambitiously pitched as a “video game for Xbox like no one has ever experienced or seen before leveraging the power of the cloud”. More information is forthcoming. 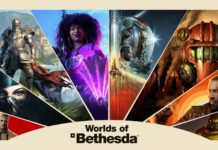 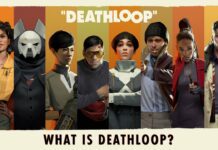