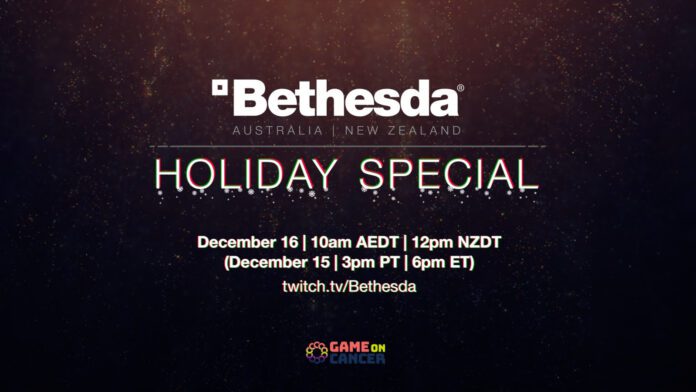 Bethesda Australia and New Zealand have today confirmed that on 16 December 2021 at 10am AEDT, they will commence a special streaming event in partnership with Game on Cancer – which will bring together not only the local team, but also a variety of local and global talent including UFC middleweight Rob Whittaker and Rich Lambert, Creative Director of The Elder Scrolls Online.

Running for six hours, the stream will see Bethesda ANZ and their special guests venturing through Skyrim Anniversary Edition, The Elder Scrolls Online: Blackwood and Fallout 76 while raising funds to support the work of Australian charity Cure Cancer and their Game on Cancer program. In addition to gameplay, viewers should expect developer interviews, cooking challenges and prop making.

Some of the confirmed segments include:

The Stream will be hosted via the official Bethesda Twitch Channel. To donate to the cause now or during the stream, you can do so via Tiltify.