There were a number of announcements made at Star Citizen’s annual CitizenCon event, including a number of new ships to be made available to backers in the future. Sitting between the Origin Jumpworks 300 and 600 series is the newly unveiled Origin Jumpworks 400i exploration craft. Pledges are now open for this craft – both standalone, upgrade and warbond – with it being available to fly once Alpha 3.15 releases in the near future.

What makes the Origin Jumpworks 400i a bit unique from other pledge sales are that six paint variants are available to backers. While the ship comes with a standard white and black paint job, depending on your concierge status, purchase type or wish to make a separate purchase – five additional colour schemes are available: Afterglow, Calacatta, Stratus, Meridian and Penumbra.

The Origin Jumpworks 400i is 60m in length, 32m in width and 12.5m in height, making it about 2/3rds the size of the 600i. It is equipped for a crew of 3, has 42SCU of cargo storage and can fly at approximately 187 m/s. The one thing I would argue is that the interior from what I have seen, is much better laid out than its big sister.

Cloud Imperium Games shared the below Q&A on the ship, which can be found HERE or by scrolling down:

Which ships does the 400i compete with?

The Origin 400i is Origin’s competitor to the RSI Constellation series and Drake Corsair, providing another option to the well-liked multicrew explorer range of ships in the game.

When would I use a 400i over a Constellation or Corsair?

The 400i’s primary benefit over those two ships is the ability to carry its full complement of cargo and an X1 bike at the same time. It’s also more agile and faster in a straight line than both.

The 400i’s primary use is exploration, as it’s capable of taking a crew of three to distant areas of the ‘verse. It has comfortable onboard living, the ability to carry a full amount of cargo, and the X1 for planetside traversal.

Can the X1 bay fit any other ground vehicle, or is it specifically designed for the X1?

The 400i’s bike bay is specifically designed for the X1 and is not designed to fit any other vehicles from other manufacturers.

How is the X1 deployed?

The X1 is deployed on a lift platform at the front of the 400i, which takes it from its own sealed mini-garage down to surface level.

What is the shield loadout for the 400i? How does it compare to ships in the same size category?

The 400i comes with a single S3 shield that provides significantly better durability compared to other ships. When the 400i was first concepted, it had the largest shield of any ship of this size or role but, as other areas of the game have developed, the Constellation Andromeda now has the same size shielding. That said, the size and maneuverability of the 400i being better than the Andromeda means it is harder to hit so remains at an advantage.

How does the 400i compare weapons-wise to other ships of its class?

The 400i comes with pilot-controlled dual S4 hardpoints, defaulted to S3 gimballed guns, and a selection of S2 and S1 missiles. Providing defensive firepower are two remote turrets controlled from the bridge, each with dual S3 guns. These cover the upper rear and lower 360 degrees.

How “loud” is the 400i’s signature? Would it be considered stealthy?

The 400i is not specifically designed to be stealthy, although its shape helps to reduce its cross-section signature versus other, blockier ships.

What types of on-board storage are available?

Aside from the main cargo bay, there are suit lockers and regular lockers for all crew members, and personal storage for each crew member near their beds.

Are there any variants being considered?

There are no official plans for variants at this time, but the ship has been built in a way to easily allow this if we want to expand the lineup in the future.

Are there bulkheads or airlocks that allow for wearing normal clothing while aboard?

Yes, all entrance points to the ship either have a dedicated airlock or are separate from the rest of the ship.

How many passengers, if any, will the life-support system be able to handle?

Passenger transport is not the designed role for this ship, so the life support system is tailored around the maximum crew number of three, with a small buffer for safety. It is not a party or touring ship like the 600i Touring or 890 Jump, so it is not equipped to handle masses of passengers.

What is the intended range of the 400i?

While not featuring Origin’s AIR system, the 400i still retains the trademark fuel-efficient engines, allowing it to go further on less fuel than its competitors. 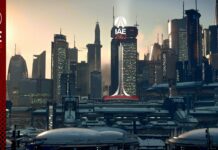 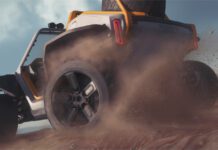