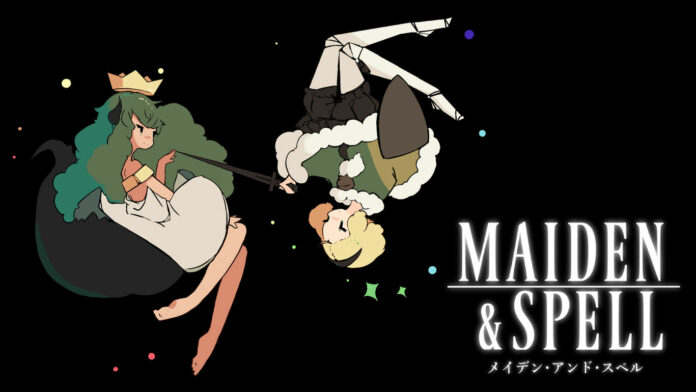 As part of Nippon Ichi Software’s ‘Indie Spirits’ line of games, it was today confirmed that the bullet hell fighter Maiden&Spell: Magical Girl Battler is now available to purchase digitally on the Nintendo Switch. Priced as $12.99 USD or local equivalent, this game is designed to be a “bullet hell fighter, featuring cute girls”, where players must use “the girls’ unique attacks” and “enjoy the action of dodging while trying to land [their] hits”.

In Maiden&Spell, players will follow four magical girls who venture into a dangerous dungeon known as The Great Circle to seek a powerful and mysterious red jewel. But to survive the traps, tricks and foes that await them in the dungeon, they must use their own unique methods of combat to their advantage.

Maiden&Spell is an indie game developed by mino_dev LLC, and is being published directly via Nippon Ichi Software (Japan) in multiple languages including English, Japanese, Korean, Simplified Chinese and Spanish. This looks to be a fun little game, and hopefully we see more Indie Spirits games made available internationally in the future!

While having to undertake a powerwashing job in real life may see you reaching...
Previous articleEnglish Dub Screenings of Demon Slayer The Movie: Mugen Train Commence on April 22nd
Next articleNot For Broadcast Development Roadmap Shared, Leading to Early-2022 Final Release
Twitter Youtube
© The Otaku's Study
Go to mobile version