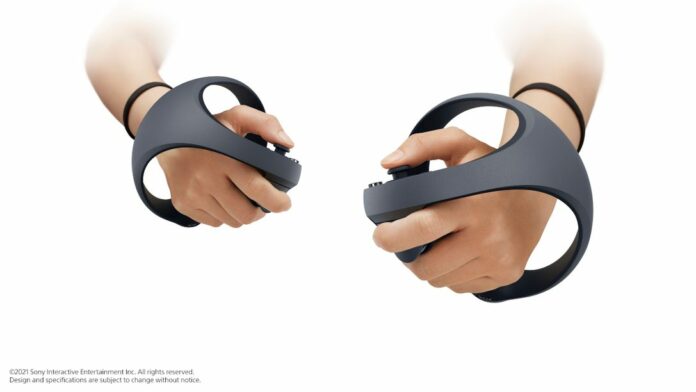 One of the more awkward things about using the PlayStation VR’s motion control functionality is that, most of the time, it required you to use PlayStation Move controllers. Especially if you didn’t want to spend a lot of money buying brand new ones while they were still easyish to find, you were usually left with used-models which could be hit or miss in terms of battery life. But looking forward to PlayStation VR in the era of the PlayStation 5, Sony Interactive Entertainment has made the wide decision to create a next-generation consoles.

According to Sony Interactive Entertainment, their new VR controller “speaks to SIE’s mission of achieving a much deeper sense of presence and stronger feeling of immersion in VR experiences” and that its technology will “build upon the innovation introduced with the DualSense wireless controller, which changed how games “feel” on PlayStation 5 by unlocking a new way to tap into the sense of touch”.

No release date or price for this controller has been shared, but you can read more about it (From the mouth of SIE) below:

The first thing players will notice about the next-generation VR controller is the unique design, which takes on an “orb” shape that allows players to hold the controller naturally. There are no constraints with hand movements, providing developers with the ability to create unique gameplay experiences.

The new controller has also been designed with great ergonomics in mind, so it’s well-balanced and comfortable to hold. SIE applied learnings from testing users with a range of hand sizes, as well as the decades of insights from controllers across all PlayStation platforms. The result is an iconic design that will change how VR games are played.

The new VR controller enables players to feel and interact with games in a much more visceral way. There are several features, including key features from the DualSense controller, which match SIE’s vision for what next-generation VR games can be.

Digimon: Digital Monsters was the standout classic from my childhood. Although overshadowed by Pokemon, this was...
Previous articleWorld of Warcraft Needed Sloths, Blizzard Delivers Through Charity Campaign
Next articleScarlet Nexus Receives June 2021 Release Date
Twitter Youtube
© The Otaku's Study
Go to mobile version