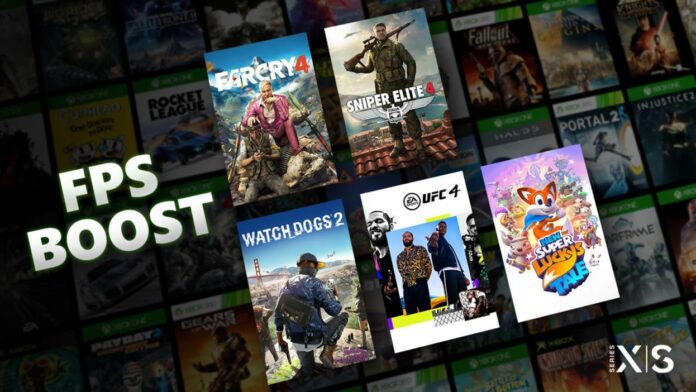 One major thing that the Xbox line of consoles has over its predecessors is its continual backwards compatibility support. While not always perfect, it is possible to play a game from the original Xbox on the Xbox Series X, an impressive feat considering due to technological advances or complete differences in media format, this is not possible on Nintendo or PlayStation’s offerings. According to a recent post shared by Senior Program Manager of Xbox, Paul End, they “wanted to continue [their] commitment to compatibility [they] started back in 2015, enabling gamers to play their favorite titles from past generations on the new consoles”. But they are clearly not just content with just this… at least for some games.

Thanks to the Xbox Series X| S’ improved capabilities, previous-gen games are typically much faster when it comes to loading times and may look slightly better than before. But behind the scenes, the Xbox team have been working on an FPS Boost system that employs “a variety of new methods for nearly doubling (and in a few instances, quadrupling) the original framerate on select titles”. This can all be done with no work required by the developer and no update needed by the gamer.

Although they have come out and said that the FPS Boost system does not apply to all games, a library of five games have received such an update. These are:

The Xbox team chose is collection of titles “not only because they are popular among fans, but to highlight several different ways that FPS Boost can improve your experience. For example, New Super Lucky’s Tale can now run up to 120 frames per second (fps) and UFC 4 delivers improved framerate performance specifically on Xbox Series S and can now run at 60fps“

Microsoft will incorporate more games into the FPS Boost system in the coming months.

Ahead of its planned multiplatform release on 4 February 2022, developer Techland has shared this 3-minute long official gameplay trailer for Dying Light 2: Stay Human, the sequel to their 2015 action-adventure game Dying Light.

Just shy of its second anniversary of being in Steam Early Access, with its...
Previous articleWorld’s End Club Heads to Switch in May 2021
Next articleSamurai Warriors 5 in Active Development For PC, PS4, Switch, Xbox One
Twitter Youtube
© The Otaku's Study
Go to mobile version