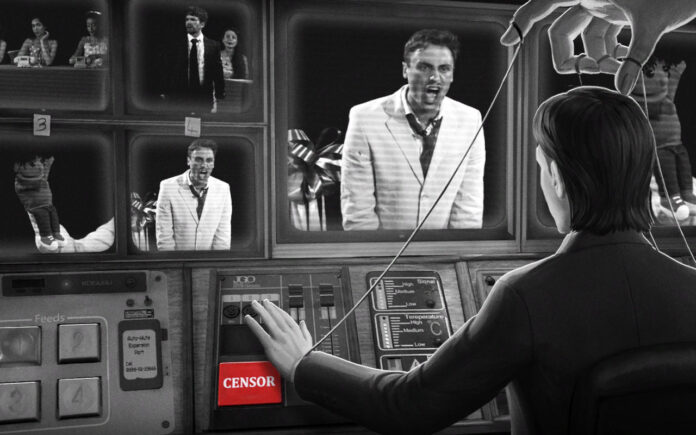 While the COVID-19 pandemic resulted in a halt of the game’s content creation, NotGames and tinyBuild have been hard at work bringing supporters of their FMV puzzle game Not for Broadcast new chapters. Last month the latest spin-off chapter, titled The Telethon, was rolled out to players.

Recorded the moment the developer’s lockdown restrictions were lifted, the chaotic news simulator will take players back into the 50s. The plot revolves around you editing a TV fundraiser for terminally ill children. But not only do you have to fret about old, degraded archival footage, but in true Not for Broadcast style, things go chaotically wrong from the start. In total, there is over an hour of new content in The Telethon, with many familiar faces returning.

If you need a reason to play the chapter again, perhaps now would be a good time to do so. The development team has recently released a new “Quality of Life” update for Not for Broadcast: The Telethon, bringing it a range of bug fixes, improvements and a few new content additions.

You can read the full patch notes below, and check the game out for yourself via Steam.

On 28 January, World of Warcraft: Burning Crusade Classic will receive its Black Temple update, bringing the content from 2007 back for players both new and veteran alike to enjoy.
Previous articleCute Figures Now Available to Pre-Order in Japan This Week – 24 October Ed.
Next articleLittle Nightmares II Receives New Trailer for the Spooky Season
Twitter Youtube
© The Otaku's Study
Go to mobile version