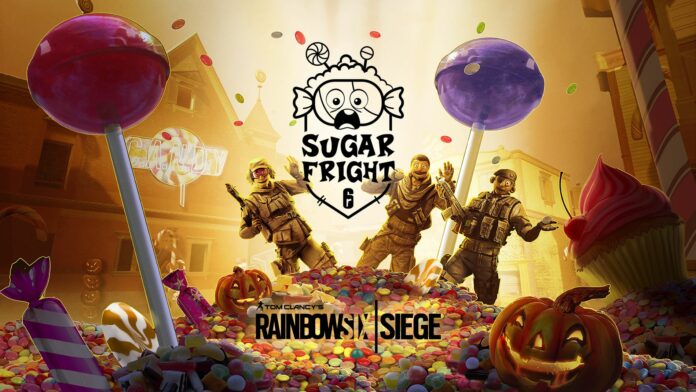 With Halloween only a few days away, many video games built around online community engagement are beginning (if they haven’t already) to roll out their spooky themed events for 2020. As part of Tom Clancy’s Rainbow Six Siege‘s Year 5 Season 3 line-up, that takes the form of a limited-time event dubbed ‘Sugar Fright’. This mode associated with this event, titled Candy War, holds the notable distinction of being the first mode allowing players to respawn.

Running from 28 October until 10 November 2020, Sugar Fright is set in a fantastical land filled with candy (and death), players are forced to relive their sugary nightmare repeatedly. Their only hope of escape is collecting enough candy to win this ruthless game.

In Candy War, players must collect candies left by their opponents once eliminated. This event takes place in a brand-new map created especially for this mode and only available during the event’s playlist.

The Sugar Fright event comes with its own collection with 30 unique items, featuring exclusive customisation for Zofia, Capitao, IQ, Nomad, Thermite, Castle, Ela, Frost, Goyo and Pulse. These puppet stylings are the same players can find in-game by picking these Operators to play the Candy War mode. Players can earn Sugar Fright packs through a special Event Challenge, purchase packs for 300 R6 Credits or 12500 Renown each in the Packs section of the Home screen. Finally, each Operator’s exclusive, time-limited customisation items are also available for purchase as Bundles in the Shop section for 1680 R6 Credits each.

Don’t expect much canon narrative-driven world-building in a candy-filled battlefield, but you can begin playing Tom Clancy’s Rainbow Six Siege right now, for free (supported by microtransactions) on the PlayStation 4, Xbox One and Windows PC – with PlayStation 5 and Xbox Series X|S support to be offered in the future.

On 28 January, World of Warcraft: Burning Crusade Classic will receive its Black Temple update, bringing the content from 2007 back for players both new and veteran alike to enjoy.
Previous articleMicrosoft Walks Us Through the User Experience of the Xbox Series X|S From Boot-Up
Next articleSquare Enix’s Mobile Games Receive Halloween Events
Twitter Youtube
© The Otaku's Study
Go to mobile version