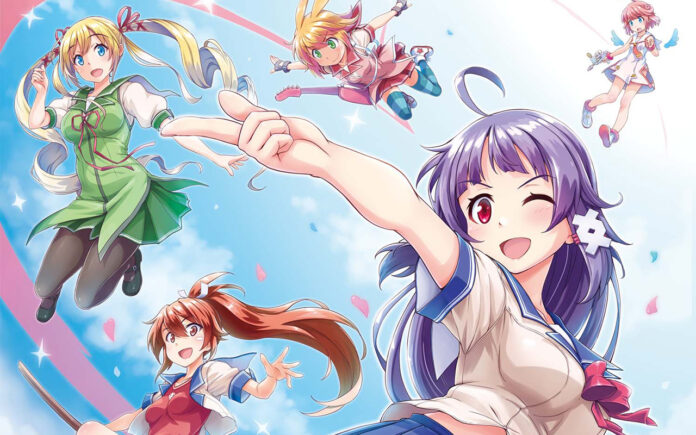 Need more Gal*Gun in your life? After another opportunity to fend off groups of girls who become infatuated with a cursed protagonist? Well 2021 will be your year, with PQube and Inti Creates confirming that Gal*Gun Returns will be released next year. This is not a new chapter in the series, but instead a remastered version of the first game, which never left Japan.

Gal*Gun Returns will be available for the Xbox One, Nintendo Switch and Windows PC platforms. There are no announced plans for it to be offered on the PlayStation 4. While not confirmed, this is likely due to Sony Interactive Entertainment having stricter censorship requires than any of the other platforms – which saw previous Gal*Gun releases and other PQube games such as Aokana: Four Rhythm Across the Blue having modified content. On the other hand, Nintendo Switch releases have historically remained completely untouched.

The remastered version of Gal*Gun Returns features many improvements over the original Japanese release, from the inclusion of new CG Artwork throughout the story to graphical improvements. Oh, and the game’s popular DLC costumes are all available on-disc, rather than you spending more money to purchase them separately.

Some of the many promoted features of Gal*Gun Returns include:

You will face -and romance- a huge cast of over 70 characters! From the heroines to the angels, students to faculty members, and even some ladies who are pretty rare sightings, you have ample choice in which waifu(s) to choose from as your True Love!

While the Pheromone Shots are efficient, everyone has a special spot that makes them weak in the knees… If you aim correctly and see a「ハッ」or「キュン」, land your shot to score a 1-hit euphoric K.O. with the Ecstasy Shot, and get bonus points!

💓 Is your heart beating faster? 💓

The one and only Doki-Doki Mode is back and ready to showcase the girls’ best assets from all angles -should you meet the right criteria! If you get the girl(s) gauge filled-up in the time limit, you will eliminate all the enemies on screen while bringing the girls to euphoria! To top it off, you’ll receive a special reward for your… efforts. 😚

🕹️ A Variety of Game Modes!🎊

Fall in love with the girl of your dreams in Story Mode, show off your sharpshooting skills in Score Attack Mode, live out your fantasy of a multi-person Doki Doki Mode with the all new Doki Doki Carnival, and a whole lot more!

Every single one of the 70+ girls in the game is fully voiced! Revel in every minute of this amazing cast’s performance

Over 250 illustrations, both old and new, are ready for you to take in!

True aesthetics in those hidden areas is what Gal*Gun is all about!
A grand total of 423 types of panties are waiting to be discovered!
There may even be more to come?!

Upupupu! A new despair-worthy event is heading to the iOS and Android next week,...

They may feature two very different gothic lolita style of combatants, but the universes...

While the client has been available since last month's launch of Final Fantasy XIV:...