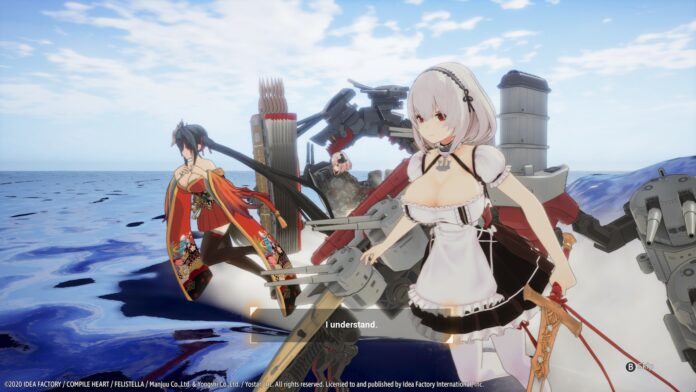 Played through the entirety of Azur Lane: Crosswave on the PC or PlayStation 4 by now, and thinking about revisiting some of its content? Would you prefer to play it with a different set of characters than those included in the game? International publisher Idea Factory International confirmed earlier this month that five new character DLC packs will be launched simultaneously for the game from 5 October 2020.

In the weeks leading to launch, IFI has been sharing previews of each of the characters – including their storyline and preview screenshots. The most recent content they shared was around the ship Sirius, who will be bundled with her own story arc and three support ships: London, Alabama and Azuma. More information on her can be found below:

Sirius and London was the pair chosen for this task. In order to defend the Cubes, they were dispatched to the Sakura Empire. At the scene, both the Eagle Union and Iron Blood had come and stood against the Siren’s scheme.

Will the Kansen be able to unite to protect the Cubes from the Sirens?

It might not be for everyone given the small confines of the smartphone screen,...
Previous articleGal*Gun Returns Announced for Xbox One, PC and Nintendo Switch
Next articleShiren the Wanderer: The Tower of Fortune and the Dice of Fate – New Features in Port
Twitter Youtube
© The Otaku's Study