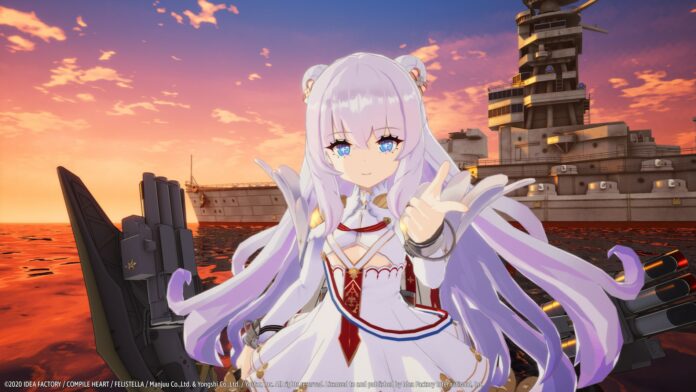 Played through the entirety of Azur Lane: Crosswave on the PC or PlayStation 4 by now, and thinking about revisiting some of its content? Would you prefer to play it with a different set of characters than those included in the game? International publisher Idea Factory International confirmed earlier this month that five new character DLC packs will be launched simultaneously for the game from 5 October 2020.

In the weeks leading to launch, IFI has been sharing previews of each of the characters – including their storyline and preview screenshots. The most recent content they shared was around the ship Le Malin, who will be bundled with her own story arc and three support ships: Essex, Baltimore and Centaur. More information on her can be found below:

The Royal Navy decided it would host a new Joint Military Exercise, using the Cubes. Going with the flow of things, Le Malin participated in the exercise as a representative of the Vichya Dominion. That is where she encountered Essex.

The event was a challenge to see how many things could be made using the Cubes.Since it calls for skills outside of battle, Le Malin decided to create ■■■. The ocean arena was both surprised and excited.

Although the event was expected to reach the end smoothly, the Sirens appeared and targeted everyone!

What does fate have in store for Le Malin?

Ever wondered what it would be like to experience backyard survival when you find...