Little Witch Academia: Chamber of Time to Launch This Month

Adapted from the successful film turned anime-series and crowdfunding success story, Little Witch Academia: Chamber of Cure is an action RPG developed by A+ Games which was first released in Japan last year, and due to receive an English-localised edition soon. How soon you may wonder? Bandai Namco Entertainment recently announced that it will be available for purchase on the PlayStation 4 and PC from 15 May 2018.

This release date announcement also saw Bandai Namco announce a little exclusive for PlayStation 4 purchasers. Those who pre-order via the PlayStation Store will be able to download a shmup mini-game titled Magic Knight Grand Charion. In this game, players will jump aboard the Grand Charion ship, as they shoot their way through a perilous path ahead of them. It is a nice little bonus, although not something that I would consider when choosing a preferred platform. 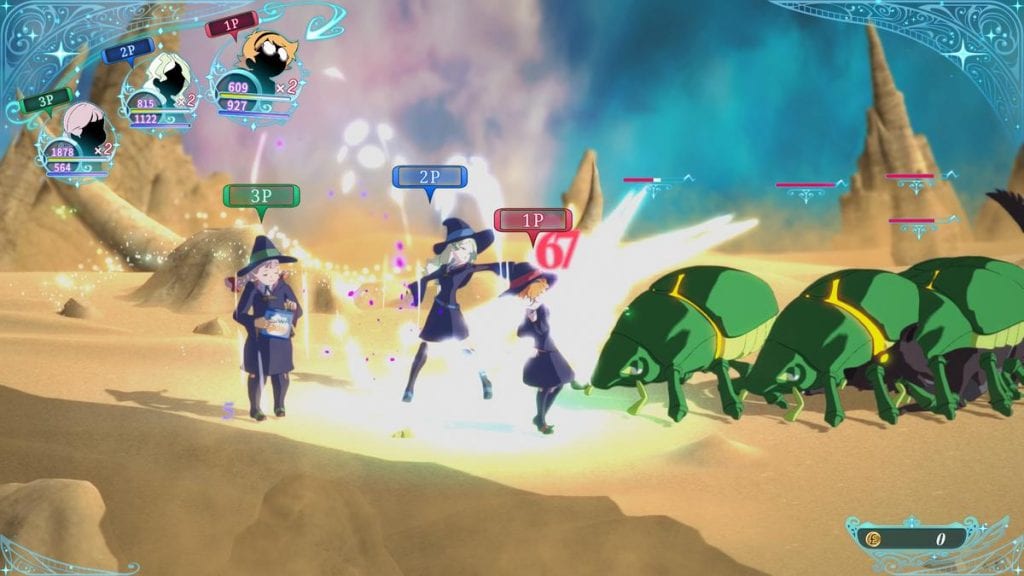 Bandai Namco Entertainment have also recently detailed the multiplayer offerings available in the main game. Chamber of Cure offers both offline and online (accessible via Day One Patch) multiplayer opportunities – with all dungeons accessible via local co-op and the ‘Infinite Dungeon’ serving as the hub for online play. The infinite dungeon will require players to work together to proceed to the further depths of the dungeon. Through a room-based system, players can host or join rooms with other players.

While dungeons are PvE based, players also have access to more PvP-oriented modes. This is done through a three-match system, with each match consisting of one of five game modes:

For a closer look at the offline and online multiplayer options, check out the screenshots below:

Little Witch Academia: Chamber of Time will be released on the PlayStation 4 (via PlayStation Store) and PC (via Steam) from 15 May 2018.