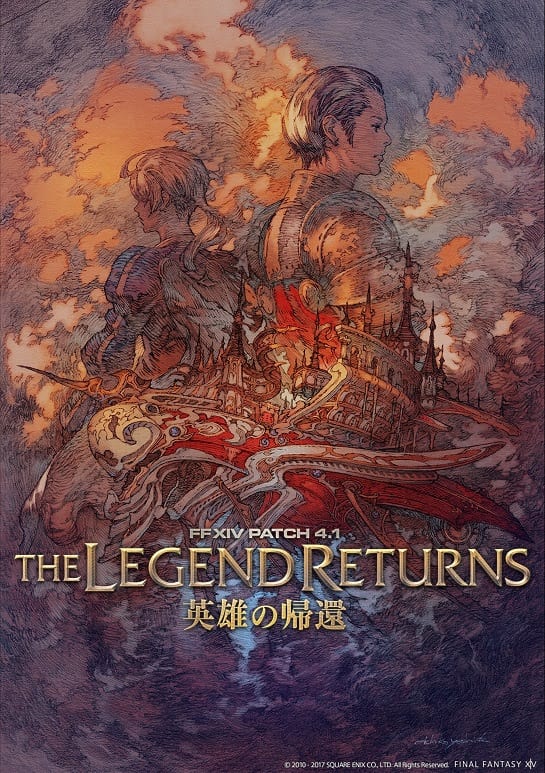 Final Fantasy XIV’s most recent expansion pack, Stormblood, has now been available for purchase several months now. While Square Enix have offered rather consistent, smaller patches since that time, they have confirmed an Early October 2017 launch window for their major “Version 4.1” patch for the MMORPG.

Unveiled during a livestream which celebrated the game’s fourth anniversary, many details were shared about the contents of this patch, which has been officiall titled “The Legend Returns“. This patch will offer a number of goodies including additions to the main scenario, new raids, beginning the sale of housing plots in Shirogane and more.

The new raid in particular is something they have noted. Titled “Return to Ivalice”, this is a 24-person raid being written by Yasumi Matsuno, of Final Fantasy XII and Final Fantasy Tactics acclaim – with Ivalice having featured in both titles.

A list of currently confirmed features can be found below:

Square Enix have also announced that another collaboration between Final Fantasy XIV and Yo-Kai Watch has begun, running from now until Wednesday November 1 2017. This will give fans of Level-5’s series the opportunity to summon familiar faces as minions, acquire special weapon designs and more. You can read more about this event HERE.

Looking to jump into Final Fantasy XIV? Check my review of its Stormblood expansion HERE.