As the June 2 launch date draws closer for Tekken 7, Bandai Namco Entertainment have begun confirming their DLC plans for the fighting game.

At the moment, the company have confirmed that at least three major DLC content packs will be available, purchasable either standalone or as part of a season pass. The first pack is expected to be available close to the game’s launch in Winter 2017, which will offer a brand-new game mode and more than 50 costumes.

The second and third batches will be available in Summer 2017/2018 and Autumn 2018, both of which will feature one playable guest character from another video game license, complemented by a special stage and special costumes for each. 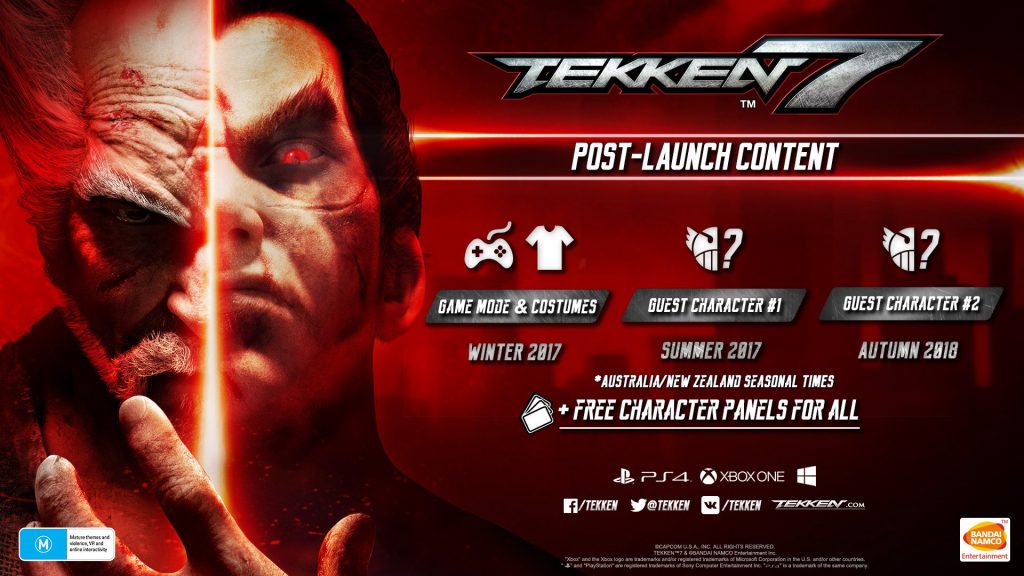 Those who opt to purchase all three packs as part of a season pass will be granted access to 35 exclusive metallic costumes in-game.

During the year, all players will receive access to free characters panels, which can be used to customize the image displayed on your favourite character’s loading screen. More information on this is expected to be announced in the future.

Tekken 7 will be available for purchase on the PlayStation 4, Xbox One and PC (via Steam) from June 2nd 2017.