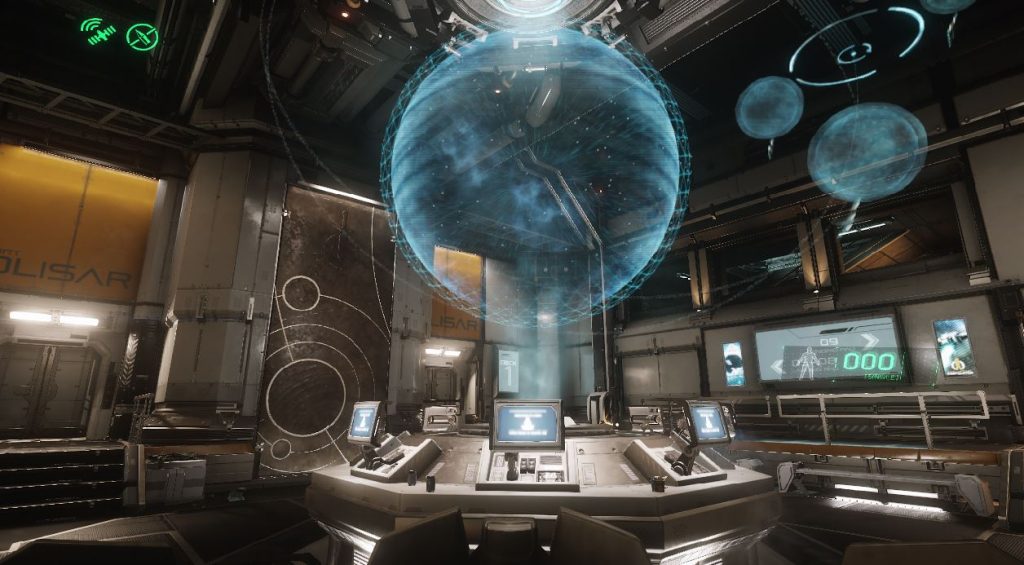 While Star Citizen followers didn’t end up getting access to the anticipated Version 3.0 in 2016, the development team at Cloud Imperium Games are clearly heading towards that developmental milestone in 2017. CIG may have raised more than $143.7 million in development funds pledged by backers, but they aren’t stopping their crowdfunding initiatives yet – putting a new ship on sale for a very limited time.

The newest ship is known as the Anvil Hurricane (also known as the A4A Hurricane), a two-seater craft which they claim makes up for its lack of “creature comforts” with a “powerful armament boasting six guns capable of blasting their way through nearly everything”. It is set to be a tougher craft to fly in dangerous situations, however is very powerful should you be a skilled pilot. This is because despite having heavy weapons, it has little armor.

The Hurricane is not hangar or flight ready at this moment, however they anticipate for it to be available in-game later this year. They claim it will be available earlier in the ship pipeline because “it is a smaller spacecraft, which uses the existing Anvil design aesthetic and dogfighting mechanics already tested in the Star Citizen Alpha”.

Like pretty much every other ship at this time, it is being released to backers in exchange for real cash. The Anvil Hurricane will be available for purchase with LTI until March 6th 2017, with a standalone price of $175.00 USD. If you are happy to spend just real money with no store credit, you can save $15 by picking up a “Warbond Edition” for $160.00 USD.

Want to spend a LOT of money? CIG are also offering the Anvil Hammer Pack for $1320.00 USD (or $1,250.00 USD as a Warbond Edition), which includes an Anvil Hurricane, Terrapin, Crucible, Carrack, F7C-M Super Hornet and Gladiator – all with LTI. No game package will be available however, meaning you will need to pay for Star Citizen and Squadron 42 separately.

Alternatively, for those who want to buy an Anvil Terrapin along with the Hurricane can nab themselves a “The Tortoise and the Hurricane” pack for $345.00 USD ($320.00 USD for Warbond Ed.).

You can read more about the Anvil Hurricane HERE.

For the last few years, Star Citizen has been continuously crowdfunding through the sale of game packages, in-game ships and other items. It has currently raised more than $143 million. As the game stands at the moment, it is currently in its alpha phase, and it is currently unknown when the Persistent Universe module will actually launch in its final form. The game’s campaign module – Squadron 42 – was recently delayed from its hoped 2016 launch window. Just be aware that you are pledging towards an unfinished game at the moment, and like most crowdfunding campaigns, the usual risks – including potential non-delivery – apply in doing so.