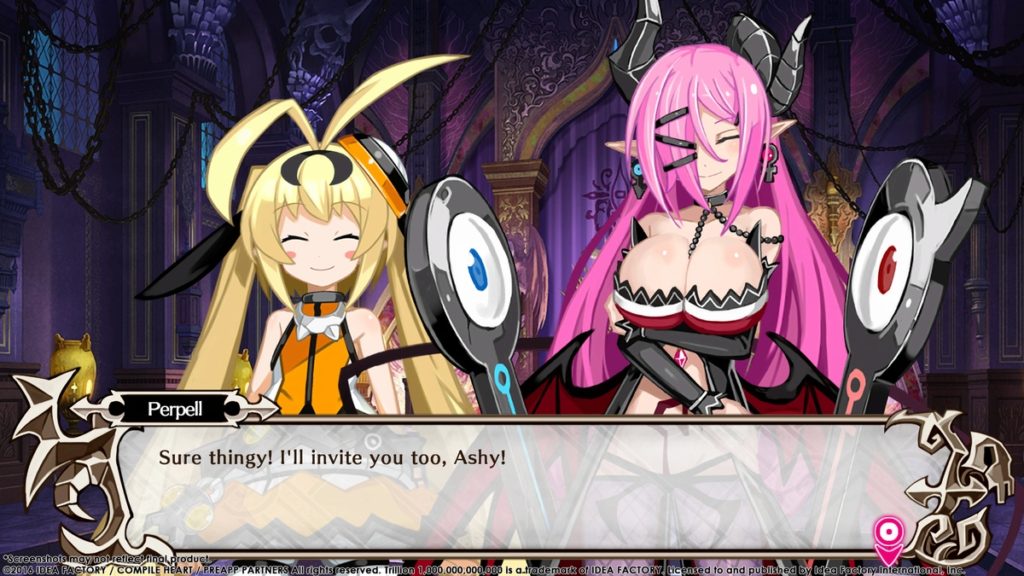 Following Trillion: God of Destruction’s release on the PlayStation Vita earlier this year, Idea Factory have quickly worked to bring the JRPG across to the PC. While it was supposed to launch on October 25th 2016, a last-minute announcement confirmed it has been delayed until November 7th 2016.

Trillion: God of Destruction will be available for purchase via Steam. Those interested in picking themselves up a copy might want to pick it up during launch week, since its receiving a substancial 40% weeklong launch discount. Idea Factory International are also offering a ‘Deluxe Pack’ which must be purchased separate from the game. This set includes non-game content including:

About Trillion: God of Destruction

More than a thousand years passed since the legendary battle against the Heavens. The demons of the Underworld lived an evil, yet fulfilling life in peace. And so it remained, until the appearance of Trillion, a demon god of destruction that sought to consume the world.Itspower unfathomable, it destroyed the Underworld’s forces. Even Zeabolos, the Great Overlord himself, was defeated.

On the brink of death, Zeabolos heard a mysterious voice from deep within. “It is too early yet for the lineage of the Great Overlord to fall…” Zeabolos was revived, his shambled body patched together again by a young necromancer named Faust.

Zeabolos gained the power of the Soul Grimoire, and decided henceforth to fight.