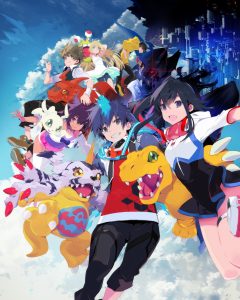 It seems like there is a demand for new Digimon games in western markets, with Bandai Namco announcing that they will be releasing Digimon World: Next Order exclusively on the PlayStation 4 sometime in Early 2017.

In what seems to be something considerably different from the virtual reality / futuristic-modern setting of the most recent Digimon game, Digimon World: Next Order will begin with the player being sucked into the Digital World. This time around the world is under siege by Machinedramons. Rescued by two Digimons from impending doom, the player must form a team of Digimon partners and journey through the Digital World. In doing so, they will discover the origins of the MAchinedramon scourge, find their way back to the real world, and maybe find out why they were drawn into this world in the first place.

Digimon Trainers will have access to more than 215 Digimon, which can be met, recruited and/or interacted with throughout the adventure. I would expect to see more about how they are raised and battle in the coming months. Until then, you can check out Bandai Namco’s first batch of screenshots for Digimon World: Next Order below.

A lot of Digimon fans were asking for a European version of DIGIMON WORLD: NEXT ORDER and we are extremely pleased to announce it today! But not only will the game be released in the West, it will come in an enhanced version, specifically designed for PlayStation®4. With this title, the Digimon franchise has now reached a new level with even two Digimon partners for the first time ever in the series. We can’t wait to get players’ feedbacks on this thrilling adventure! 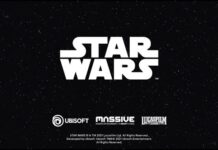