2016 has been quite a big year for Compile Heart video games being ported over to the PC. While many of these ports have been handled by Idea Factory International directly, the Mugen Souls franchise has remained the responsibility of the UK-based publisher Ghostlight Games. Following their work on Mugen Souls, Ghostlight have recently confirmed they are in the process of porting Mugen Souls Z over to Steam, and plan on launching it sometime in 2016.

Mugen Souls Z was first published on the PlayStation 3 in North America and PAL regions a few years ago by Nippon Ichi Software America, with Ghostlight presumably making use of the localised material for their port. Similarly, it is likely that the censorship contained within the PlayStation 3 English release will be maintained.

The PC version of Mugen Souls Z will contain a few differences from its earlier edition, including full mouse/keyboard support, Steam enhancements, user interface alterations and graphical enhancements. Expect to hear more about Mugen Souls Z in the coming weeks and months leading to launch. 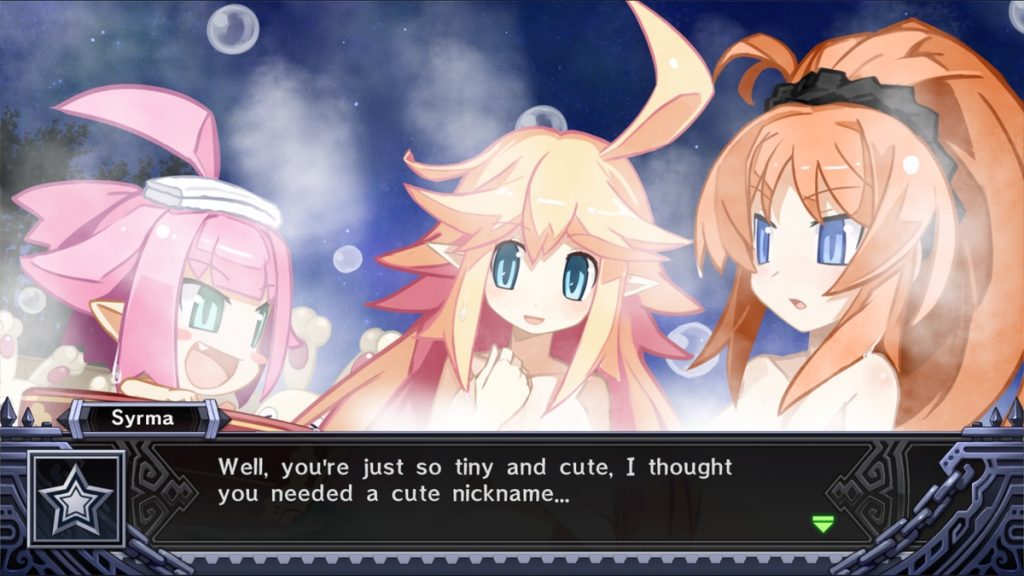 Twelve worlds corresponding to the signs of the zodiac were created long ago by the ultimate gods and now a certain “something” capable of destroying each of the worlds is preparing to awaken from a long sleep.

Chou-Chou and the gang return in this brand-new S-RPG sequel with a new story and even cuter, super-powerful, godly action and adventure! But this time, after her curiosity gets the better of her, Lady Chou-Chou must rely on the abilities of an all-new ultimate goddess, Syrma, as she tries to stop this ancient threat to her world that has recently awakened.

‘Chouchers’ must teach this newbie how to become all-powerful, before dealing with a colourful new cast of frenemies, as well as a host of favourites from the first game in the series.

Can Syrma work together with Chou-Chou and her motley crew of peons and shampurus to save the twelve worlds from the unknown and ancient “something” that threatens to consume everything in the universe? Join them for 9,999 levels of power levelling, brutal battles and awesome antics to find out!