More than a year has passed since Fallout Shelter launched on smartphone platforms, following its surprise announcement at Bethesda Softworks’ E3 2015 press conference. But the development team have continued development for their game, which will see the Vault-Creation experience availed to a much wider audience.

Available exclusively via the Bethesda.net Launcher, Fallout Shelter is now available to download digitally on the PC. This PC port will offer the same experience as the smartphone release, including all updates offered between launch and now. For information on how to download the launcher and begin your time as a Vault-Tec Overseer, click HERE.

But this news also brings something major for those who have already built their Vaults and are waiting something more to do. A major update has seen the quest and combat systems overhauled, hopefully providing something more for players to do in the months to come. In Update 1.6, players now have more substantive Quests to conquer and can take control of their Dwellers while they travel to abandoned buildings and decrepit Vaults, as well as locations familiar to Fallout 4 fans like the Red Rocket Fuel Stop and the Super Duper Mart. Players can assemble a group of Dwellers to take on challenges outside of the Vault, uncover legendary loot, and face off against new enemies like Radscorpions, Ghouls and powerful bosses.

While in the new Quests, Overseers can use the new combat system to gain control over Dwellers in a fight, allowing players to select opponents and direct attacks and even play a quick mini-game for a critical hit. Impatient Overseers who would like to instantly return Dwellers after a quest or complete Barbershop customizations or crafting, can now use a Nuka-Cola Quantum to do so.

For a closer look at the Fallout Shelter update, check out the screenshots below. 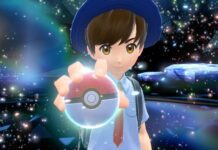