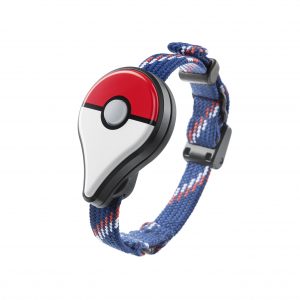 Receiving quite a lot of attention after first being announced in 2015, it has been confirmed that the Niantic and The Pokemon Company’s augmented reality smartphone game Pokemon GO will be available for download starting in Late July 2016.

Sharing some similarities to Niantic’s other smartphone game Ingress, this game will allow players to travel around the world to certain hotspots. But rather than two teams capturing hotspots, players will be able to capture, train and battle Pokemon – with each area and region having their own different assortment of Pokemon to catch and gyms to control.

The Pokemon Company have also confirmed that the Pokemon Go Plus accessory will go on sale with the apps launch. Paired with your smartphone via Bluetooth LE, players can use this device to encounter and catch Pokemon more easily. When the smartphone with Pokemon GO and the paired Pokemon GO Plus accessory are within range of each other, both will begin to vibrate when a Pokemon is close by. With the conveniencecy of not having to look at your smartphone, simply pressing the button on the Pokemon GO Plus will automatically make an attempt at catching the nearby Pokemon.

The suggested retail price of the Pokemon GO Plus accessory is $34.99 USD.