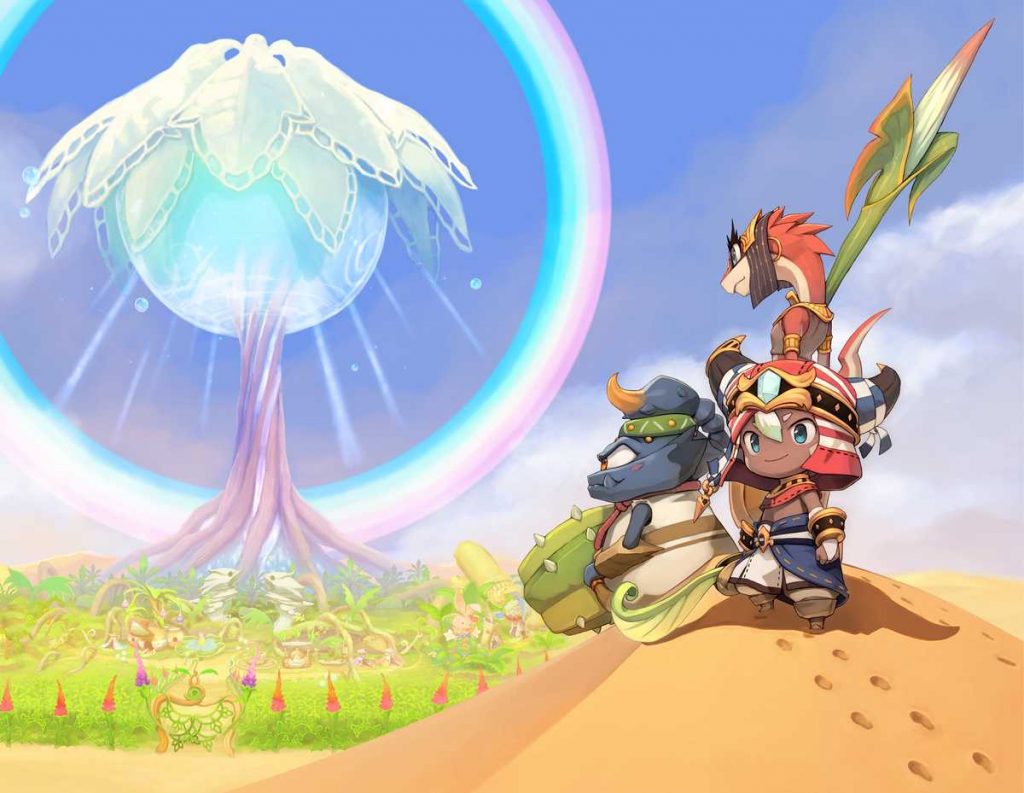 Having worked on both video game development with games such as The Legend of Legacy and porting over enhanced remastered versions of classic Nintendo games such as The Legend of Zelda: Majora’s Mask 3D, it has been announced that the development team at Grezzo are looking at presenting a new Nintendo 3DS exclusive RPG titled Ever Oasis. Announced by Nintendo during E3 2016, they have confirmed it will be available sometime on store shelves in 2017.

In Ever Oasis, you take control of a “chosen Seedling”, whose mission is to build a propserous oasis by working with their partner, Isuna. You will meet and ally with members of other tribes to complete your mission, while battling against the Chaos threatening peace in the desert.

The game features a real-time battle system, where you must switch between three character members. You must also forage for materials within caves and puzzle-filled dungeons – and earn dewadems which will be used to grow new shops and even gear for you to use.

Expect to hear more about this RPG soon.