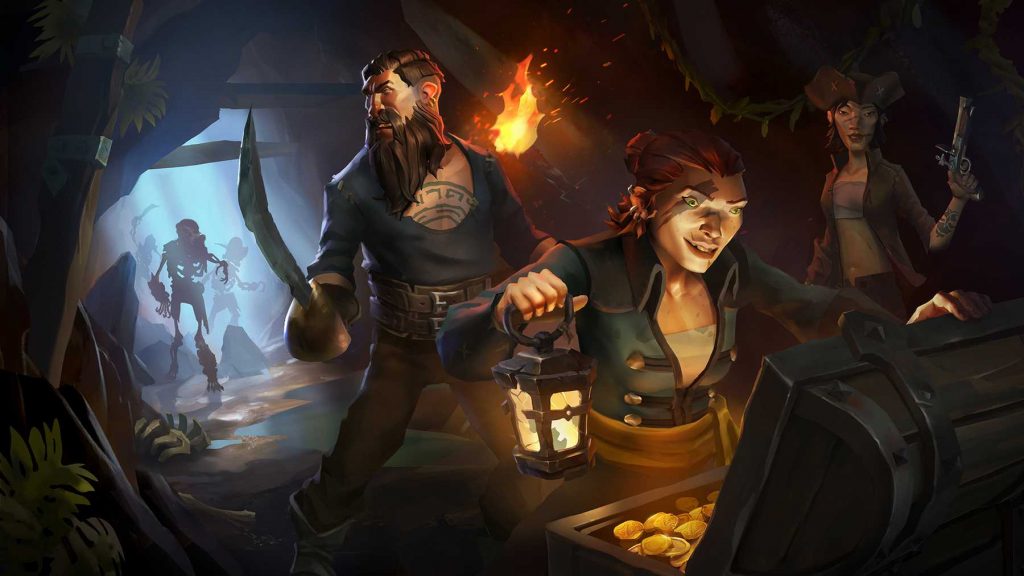 Although their recent game line-up has focused more on Kinect games such as Kinect Sports Rivals, video game developer Rare have been working on a game which returns them to the genre they are most renown for – Adventure. Earlier today, published Microsoft alongside Rare used E3 to showcase their first peek at the gameplay mechanics in Sea of Thieves.

Sea of Thieves sets out to be an immersive, shared-world first-person adventure game filled with pirates, unexpected dangers and loot all for the taking. Players can be the pirates they want to be, share adventures with friend and set their own rules, roles and goals in a world where every sail on the horizon is another group of players… who might be more or less friendly than you are.

Sea of Thieves will be available on the Xbox One and Windows 10 at a date yet to be confirmed.