Although not that big a surprise considering their work on previous Hatsune Miku rhythm games, SEGA have confirmed that they shall be bringing Hatsune Miku: Project Diva X to western markets later this year. Not only will they be releasing this game on the PlayStation Vita, but shall also be making the jump from the PlayStation 3 to the PlayStation 4.

Hatsune Miku: Project Diva X isn’t just gameplay oriented, but presents at least some form of narrative. It centres on Miku and her friends undertaking various requests as they explore the five Clouds which make up their worlds. As one would expect however, exploration is likely to involve plenty of dancing. Each of these clouds come with its own aura – Classic, Cool, Cute, Elegant, and Quirky. As Miku and her friends progress, the auras of the songs they perform and even the modules they choose will have a profound effect on fulfilling challenge conditions for players to test themselves with.

In total, Hatsune Miku: Project Diva X will come with 30 songs on-disc, complemented by 300 modules (costumes) which the characters can be dressed up in. There are fewer songs available on-disc than other Project Diva games which have been released internationally, although this number will presumably be bolstered by downloadable content at a later date.

Hatsune Miku: Project Diva X will also come with a newly added ‘Concert Editor’, which will allow fans to craft their own mini-concerts based on the songs, modules and accessories they unlock.

Hatsune Miku: Project Diva X will be available starting “Fall 2016” (or Spring 2016 in the Southern Hemisphere) on both PlayStation 4 and PlayStation Vita platforms. Both physical and digital distribution is planned. 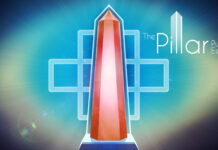 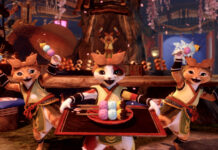