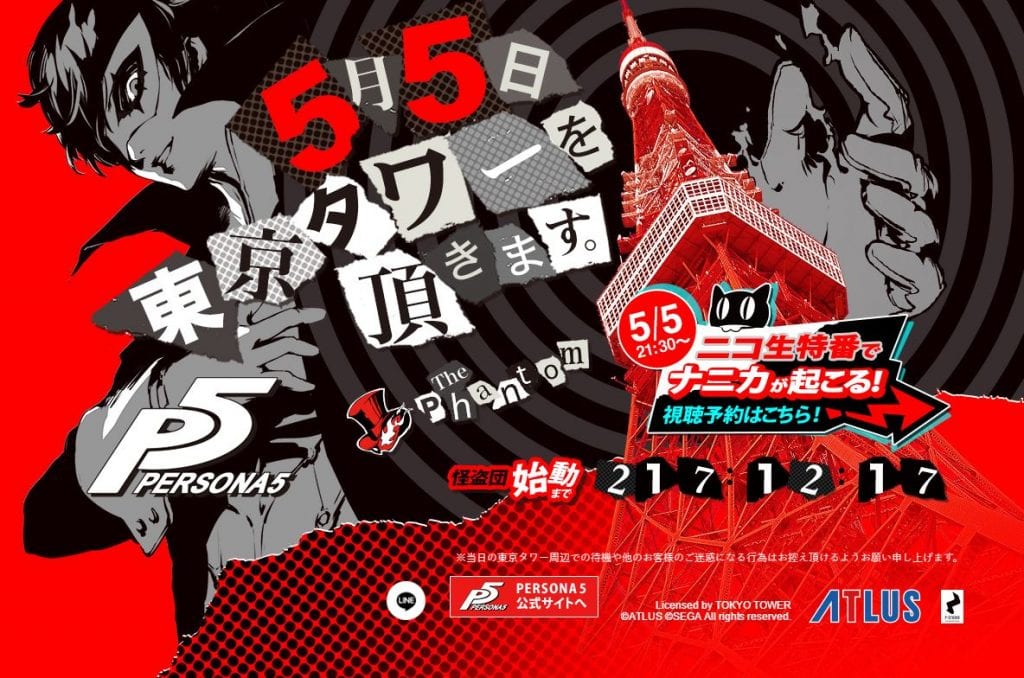 Attention was drawn to the Japanese Persona 5 website last week, when a countdown began, indicating that something was to be unveiled on May 5th 2016. It turns out that the timer with coincide with the start of an upcoming Niconico special broadcast, which will be livestreamed starting from 21:30 on that date. You can still view the countdown page HERE and find more information on the livestream HERE.

With little more than the phrase “Take Your Heart” to work with, it is currently unknown what the website is counting down to. Will it be a new major preview? Will it be a character unveil? Will it be a feature announcement? Could it even be the long awaited release date that fans have been waiting some time for? Time will tell…