Serving as the second piece of smaller downloadable content to be developed for Fallout 4, Bethesda Softworks have today announced their release of Wasteland Workshop. This add-on, priced at $4.99 USD, can now be purchased on the PC, PlayStation 4 and Xbox One gaming platforms.

The Wasteland Workshop will allow players to design and set cages to capture live creatures. These can be anything from raiders to death-claws. These creatures can ultimately be tamed or used in battle, even against your settlers should that be your will. The Wasteland Workshop also includes a suite of new design options for your settlements like nixie tube lighting, letter kits, taxidermy and more!

For those after more Fallout 4 downloadable content, the next set is likely to be a big one. Known as ‘Far Harbor‘, this will allow players to travel beyond the Commonwealth to Maine. According to Bethesda, this will be the largest landmass they have ever created for post-release content. Far Harbor will be available sometime in May 2016. 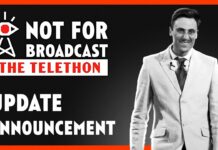