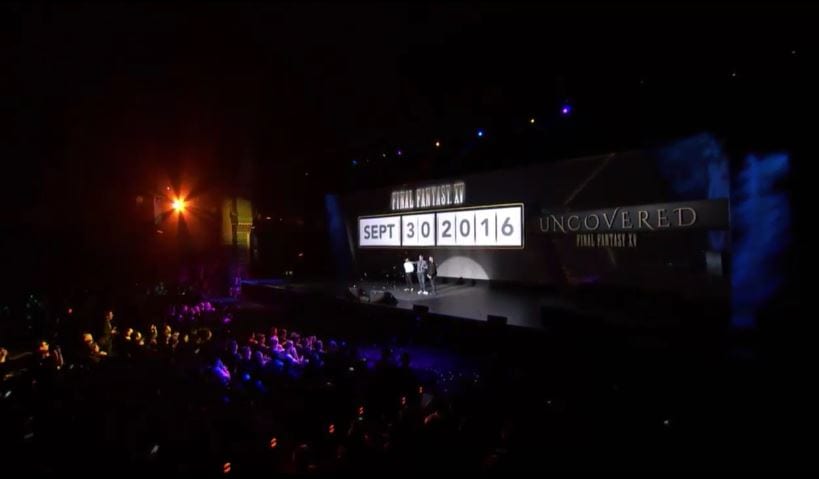 It has been almost ten years since Final Fantasy Versus XIII was announced for the PlayStation 3. The game has gone through many changes since first being announced, including a console generation change (PlayStation 4 / Xbox One) and name change Final Fantasy XV.

It was expected that the game’s release date would be announced during a special “Uncovered: Final Fantasy XV” event today at the Shrine Auditorium in Los Angeles… and they did not disappoint.

Square Enix have today announced that Final Fantasy XV will launch worldwide on September 30 2016. This news was welcomed by a major confetti dump on the loudly cheering crowd.

More information on Final Fantasy XV will be posted up shortly.