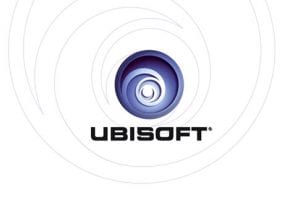 Video game developer/publisher Ubisoft have recently announced they are teaming up with Mouvement International du Parkour, Freerunning et l’Art Du Déplacement (Aka. The Mouvement) to promote parkour at the Youth Olympic Games. According to Ubisoft, their support has enabled The Mouvement to send coaches and performers to the LLillehammer 2016 Sjoggfest, which is the sport and cultural festival of the Youth Olympic Games currently taking place in Norway. In Lillehammer, The Mouvement is providing showcases and Get Active sessions, both indoors and out on the snow and ice.

Several of Ubisoft’s games have involved some element of parkour, in particular the Assassin’s Creed series, which has granted players with an opportunity to run, climb and soar around historical cities.

The Mouvement is determined to help establish a positive relationship between gaming and physical practice. Ubisoft has a great track record of promoting parkour not just in gameplay but also for physical play, notably with the Assassin’s Creed® Experience obstacle courses at the San Diego Comic Con for the past two years. As we demonstrate and teach parkour at the Youth Olympic Games, we are grateful to be doing so with Ubisoft’s help.

Ubisoft is delighted to support The Mouvement as they develop their sport. Assassin’s Creed was one of the first video games to bring the physical movements they created into the lives of millions of people, and we are thrilled to see The Mouvement bringing the fun and challenge of this sport to the kids in Lillehammer by inviting them to try it for themselves.

The founders of The Mouvement brought a fresh philosophy of freedom of movement into the world. It’s been an inspiration to us since we created the first Assassin’s Creed game. At Ubisoft and with Assassin’s Creed we share many of parkour’s core values of overcoming challenges, encouraging people to find their own path through the real world and of course having fun! We’re humbled to be able to give back to a sport that has inspired us so much and to help The Mouvement bring their message and sport to the young people attending the Youth Olympics.