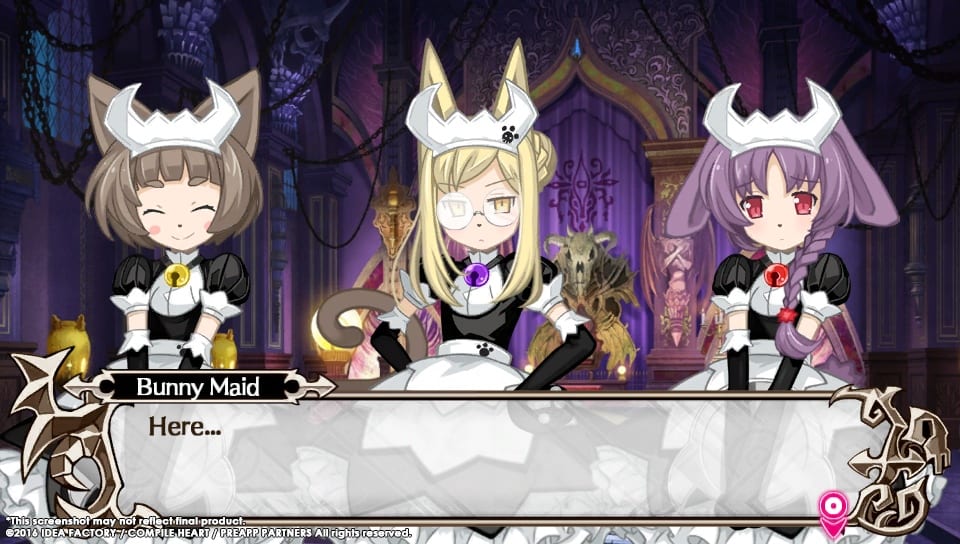 Later this year, Trillion 1,000,000,000,000: God of Destruction will task players with taking down one big bad boss who just so happens to have 1,000,000,000,000 HP. How one will accomplish defeating this demon god of destruction will come down to the individual player, but Idea Factory International have shared a new glance at the experience players will have while trying to achieve this goal.

This first batch of English screenshots offers a look at dialogue sequences, the combat user interface and 3D character models. You can find all these screenshots at the bottom of this post.

Trillion 1,000,000,000,000: God of Destruction is set for release on the PlayStation Vita in Spring 2016. While specifics such as pricing and a finalised date have yet to be confirmed, we do know that IFI will be doing both a digital and physical release of it.

About Trillion: God of Destruction

More than a thousand years passed since the legendary battle against the Heavens. The demons of the Underworld lived an evil, yet fulfilling life in peace. And so it remained, until the appearance of Trillion, a demon god of destruction that sought to consume the world. Its power unfathomable, it destroyed the Underworld’s forces. Even Zeabolos, the Great Overlord himself, was defeated.

On the brink of death, Zeabolos heard a mysterious voice from deep within. “It is too early yet for the lineage of the Great Overlord to fall…” Zeabolos was revived, his shambled body patched together again by a young necromancer named Faust. Zeabolos gained the power of the Soul Grimoire, and decided henceforth to fight.

As Zeabolos, you must strategically whittle away at his HP, as you change the tide of battle through rigorous training, forging strong bonds and making painful sacrifices alongside your six overlord candidates.