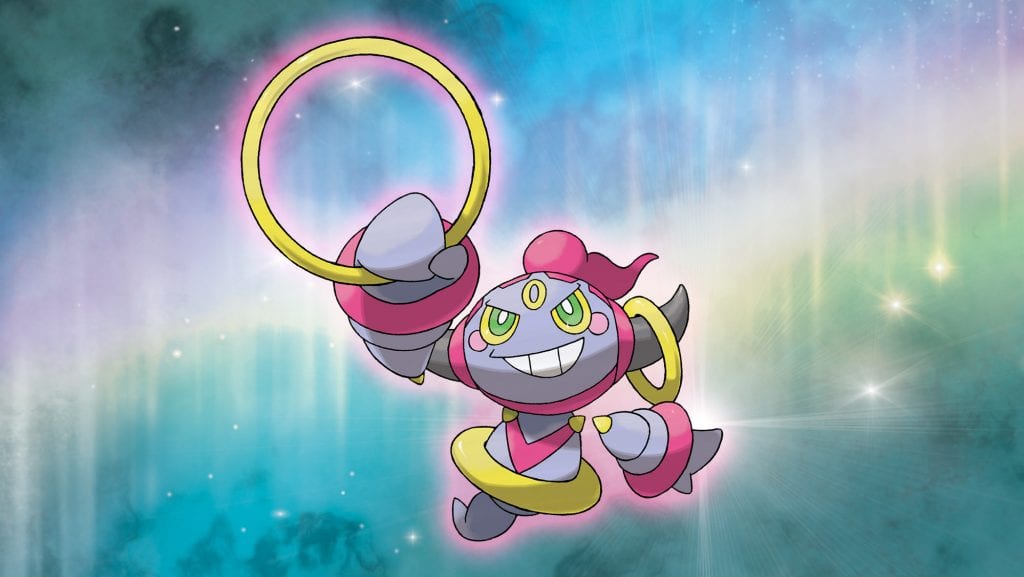 It has been more than a year since Nintendo and The Pokémon Company released Pokémon Omega Ruby and Pokémon Alpha Sapphire on the Nintendo 3DS. But with no new Pokémon games announced at this time, they have continued to hold occasional distribution events for them both online and through select participating retailers.

Been working hard to catch em’ all but been waiting for a chance to have a Hoopa join your team? Nintendo Australia have recently confirmed that the mythical Pokémon will be acquirable on Pokémon X, Pokémon Y, Pokémon Omega Ruby and Pokémon Alpha Sapphire starting January 18 and running until January 29. This will be accomplished via a special code distribution at select retailers in Australia and New Zealand. To be exact, EB Games, JB Hi-Fi and Big W stores in Australia will have codes, while EB Games and JB Hi-Fi stores in New Zealand will have them. There is a limit of one per person, and will only be available while stocks last. Do note that these codes DO NOT require a purchase.

Hoopa is a Mythical Pokémon that cannot be encountered through regular gameplay, and is recognisable by its two horns and the golden ring that adorns its trunk. Hoopa’s rings are said to have the power to bend dimensions and move objects across great distances. This Hoopa comes with an awesome selection of moves, including the powerful Hyperspace Hole move, a Psychic-type attack that only Hoopa can learn.