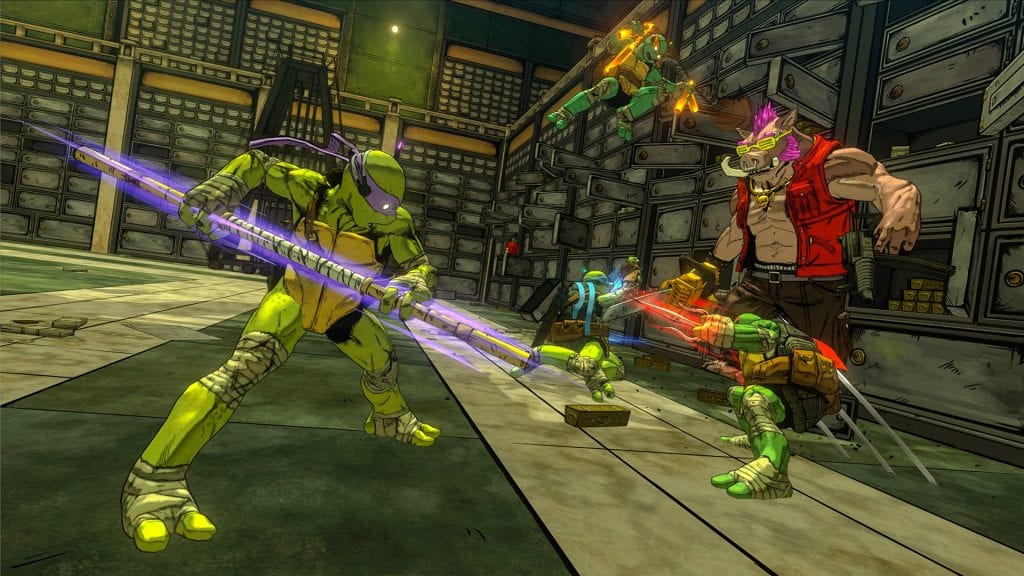 Activision Publishing,  Nickelodeon and PlatinumGames have announced they have joined forces to develop the third-person action game Teenage Mutant Ninja Turtles: Mutants in Manhattan, which features the renown crime-fighting heroes of New York City. In this game, players will be tasked with protecting The Big Apple from aliens, mutants and the Foot Clan in a single-player campaign. They will also be offering a co-op mode which will allow you to cooperatively take on these missions with up to three other friends.

In development by PlatinumGames (Bayonetta), Teenage Mutant Ninja Turtles: Mutants in Manhattan seeks to provide fast-paced, team-based brawling which will “challenge gamers of all skill levels”. Each turtle will have a distinctive play style, and can be further customised with a unique set of Ninjutsu moves, combat items and other bonuses. The combat system and storyline (An original story by Tom Waltz) will be complemented by cel-shaded visuals.

Teenage Mutant Ninja Turtles: Mutants in Manhattan is set to arrive this Winter both through retail outlets and digital distribution. It is set to be released on the PlayStation 3, PlayStation 4, Xbox 360, Xbox One and Windows PC (via Steam).