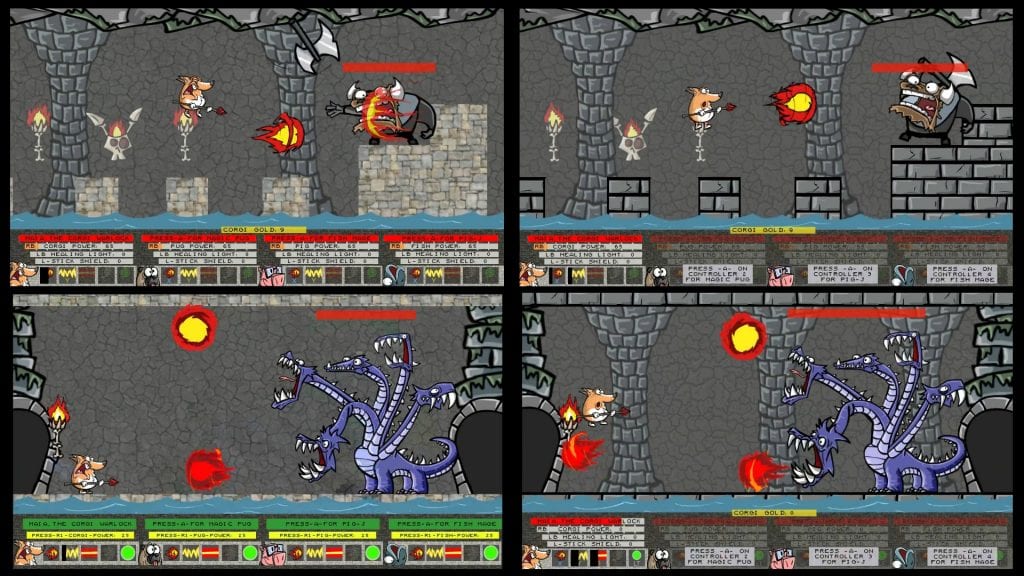 Indie video game developer Xander’s Corgi Arcade (A one-man studio founded a former Pixar animator) have announced that Corgi Warlock, a side-scrolling platformer they released on Steam earlier this month, has received an update. This update improves several key facets of this game, with particular improvements made to the ground textures and keyboard controls. This is in addition to an assortment of bug and gameplay fixes. Some comparison images for the visual improvements can be found at the bottom of this post.

Corgi Warlock follows Maia, an adorable Corgi who is also the most powerful warlock in the land. With the world threatened by the evil Bunny King, it is up to her and her pals Prophet Pig-J, The Magic Pug and Fish Mage to put a stop to them. The King has made a pact with evil and the entire kingdom is in peril from his horde of dangerous, occasionally awkward, minions. Players must fight their way through stabby narwhals, sheep armed with pitchforks and torches, dragons, vampires, spiders and more.

This update coincides with a current sale being held, where the game’s already low $6.99 price point has been dropped by 50% to $3.49. You can check out Corgi Warlock’s Steam page HERE.