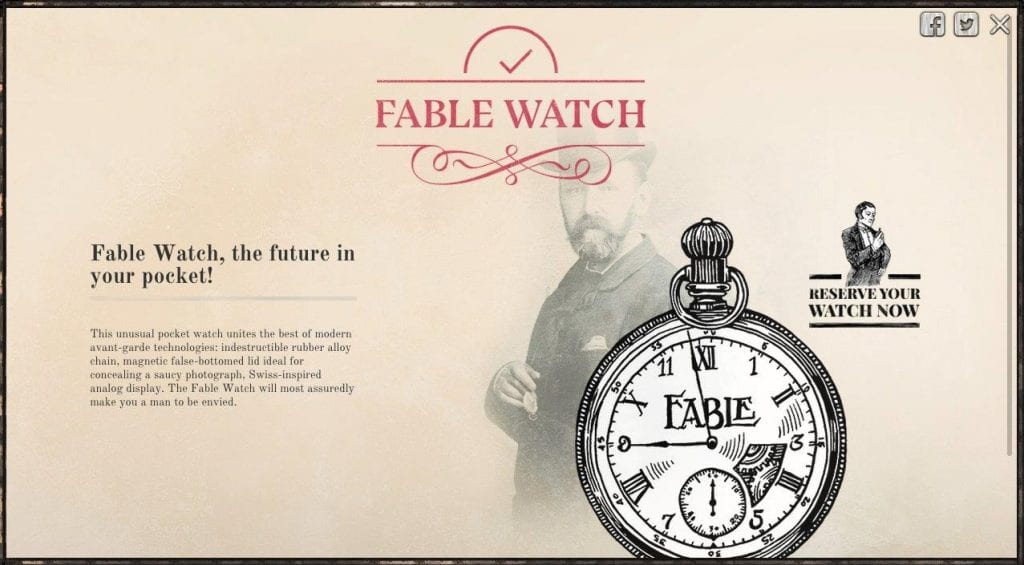 Delivering a fairly well constructed tie-in website with a lot of interesting content to read, Ubisoft have released the ‘XIXTH CENTURY SEARCH ENGINE” website for their upcoming console and PC release of Assassin’s Creed Syndicate. The inspiration for this site was them wondering “what a search engine would have looked like in 1868 if the internet had existed”.

This website contains hundreds of pieces of original content based around concepts and items you would see in the era. The site uses real illustrations from the era and contains accurate yet tongue in cheek text. Ubisoft have claimed that “fans will discover the sometimes-ugly truths of this celebrated era before the launch of Assassin’s Creed Syndicate”. With only a few weeks left until launch, might be something to spend 15-30+ minutes going through.

Assassin’s Creed Syndicate tells the tale of twin Master Assassins – Jacob and Evie Frye – as they fight to liberate London and help define the birth of organised crime during the height of the Industrial Revolution. It is set to arrive on store shelves for the PlayStation 4 and Xbox One starting October 23rd 2015. A PC release is set to follow on November 19 2015.