With the Christmas season approaching and with quite a few major family friendly games in their line-up of recent and incoming releases, it should come as no surprise that Nintendo Australia will be offering three new limited edition console bundles in December. One of these bundles features the Wii U, while the other two feature the Nintendo 2DS system. 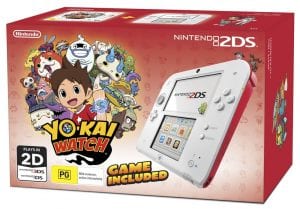 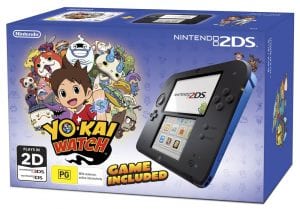 The first two editions are bundles for Yo-Kai Watch which launches on December 5th 2015. These bundles include either a Black/Blue or White/Red Nintendo 2DS console and a copy of Yo-kai Watch for a suggested retail price of $169.95.

Despite its name difference, the Nintendo 2DS console supports all Nintendo 3DS and Nintendo DS games (Not New Nintendo 3DS exclusive games) without the 3D effect. 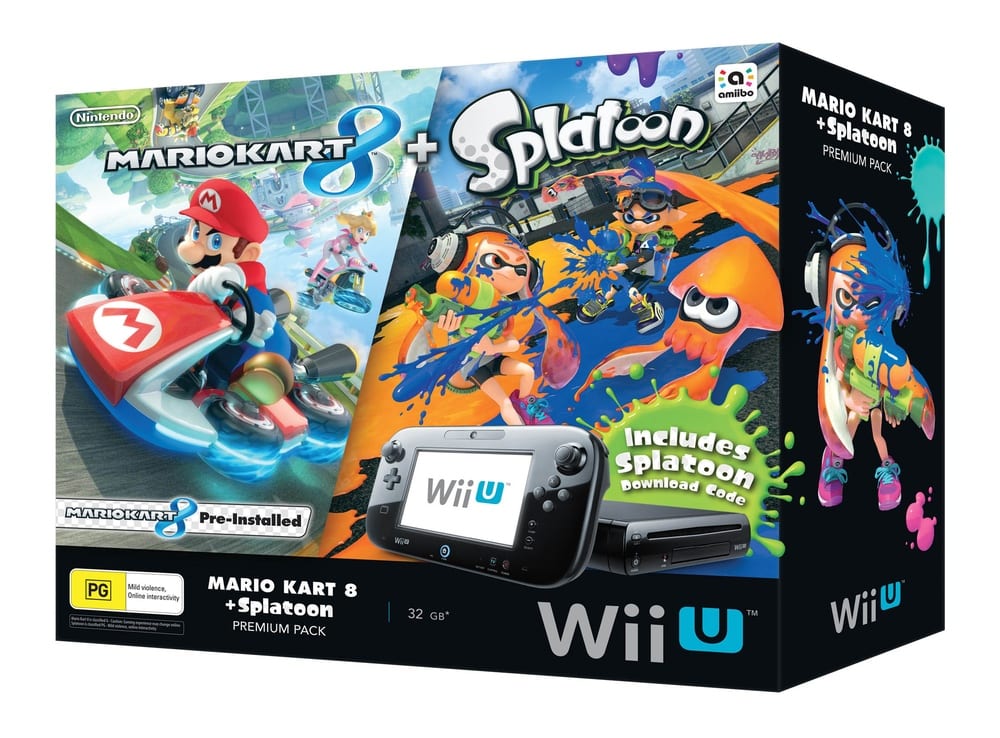 Presenting one of their hits from both 2014 and 2015, Nintendo have confirmed they will be offering a Wii U Premium Pack bundle containing a pre-installed copy of Mario Kart 8 and a download code for Splatoon. This bundle will be available at a suggested retail price of $439.95.