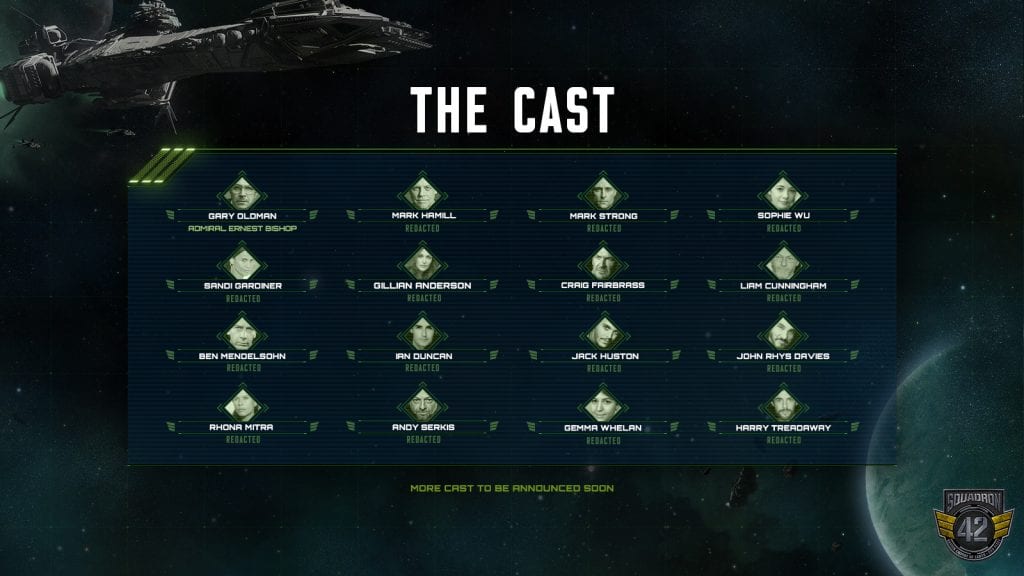 Although all bar one character role has been redacted, the teams at Cloud Imperium Games and Foundary 42 have announced sixteen actors and actresses who will be taking on roles in the Squadron 42 module of Star Citizen. The name most highlighted during CitizenCon 2015 has been Gary Oldman, who will be taking on the role of Admiral Ernest Bishop.You can find videos involving Gary Oldman at the bottom of this post.

In addition to this announcement, check out some of the new screenshots and trailers released for Squadron 42, all of which can be found below.

Plan to register for Star Citizen? Please consider using my referral code (STAR-JCS6-3943), which will net you a bonus 5,000 UEC to spend in Voyager Direct (and for the sake of transparency, I will also get some perks).