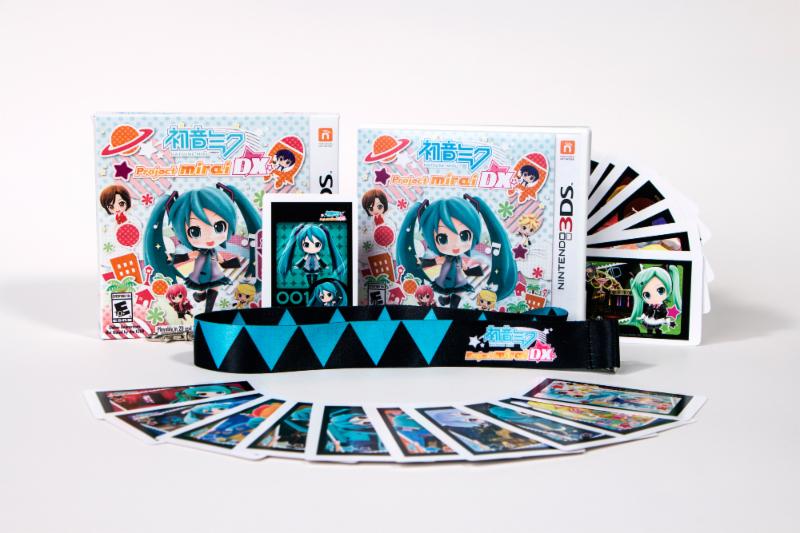 To be followed by a PAL region release very shortly, SEGA have announced that their Nintendo 3DS exclusive rhythm game Hatsune Miku: Project Mirai DX is now available for purchase in North America.

For a limited time, SEGA have released the first-run copies with a replica wallet chain, 19 double-sided AR cards and a special outer box. Although the launch edition does not come with any songs, the game itself includes 48 full-length songs, alongside many other gameplay and aesthetic related features.

Hatsune Miku: Project Mirai DX is set for release in Australia from tomorrow, with plans to begin distributing the game in Europe on September 11th 2015.